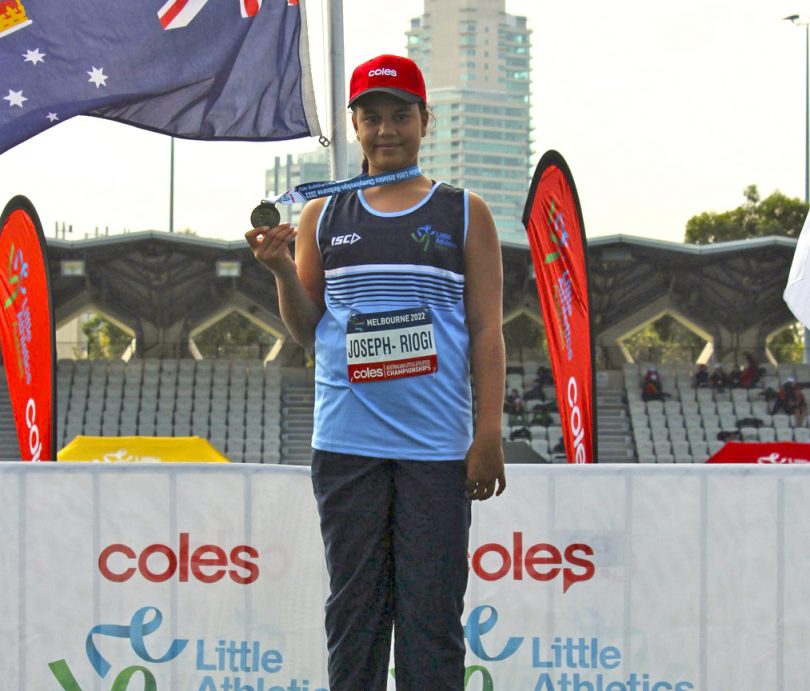 Tallara launched the discus 38.19 metres to take out the gold medal in her pet event and claimed silver in the javelin with a throw of 37.50m.
The Year 7 Canterbury Girls High student, who lists New Zealand athlete Valerie Adams and Croatian Sandra Perkovic as her sporting idols, was humble in her achievements.
“I was surprised more than anything when I won,” she said. “My goal coming into the championships was to throw a PB and I was happy I got that.”
Alex came third in the 200m hurdles and third in the 400m relay.
He and Tallara were two of 48 Under 13 and Under 15 athletes chosen to represent NSW at the national event, which was held for the first time in three years due to Covid.
Bankstown was also represented by Elysse Diep and Filtomas Finekifolau.
The NSW team finished with a total of 39 medals (11 gold, 14 silver, 14 bronze).
Coles Little Athletics Australia President Sherrie Boulter said the Championships were an excellent way to conclude a successful summer season.
“The event has been sorely missed and to have our best Under 13 and Under 15 athletes competing for their State once again is extremely important for the Little Athletics pathway and for the kids to showcase their talent on a national stage,” she said.