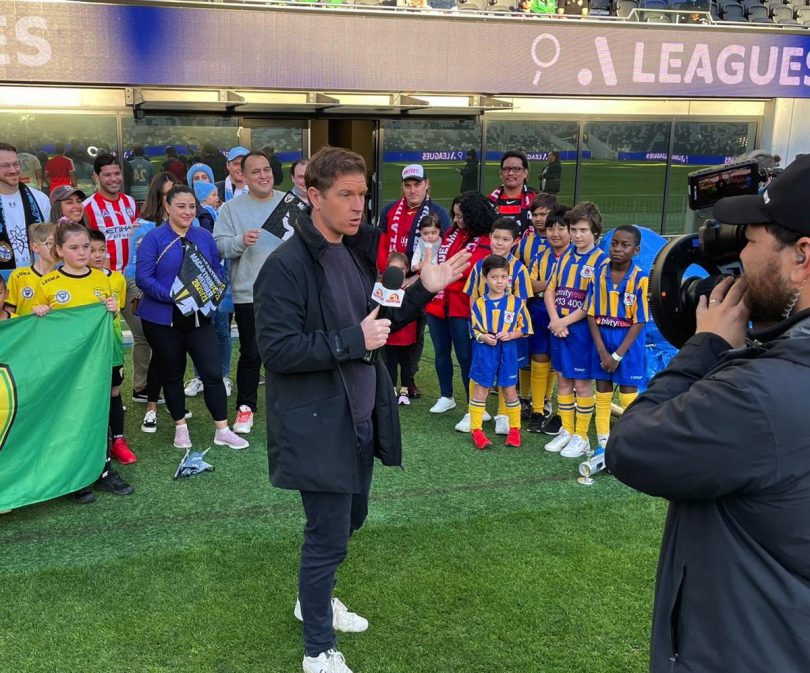 The upcoming young footy stars got to meet Sam the Weatherman from Channel 7 as he did the live TV crosses and even sang part of their victory song.
Granville Waratah FC President Noel Dona said the vibe was electric as his juniors ran through the dressing rooms and out onto the pitch to take part in a friendly kick with Holroyd as well as meet some of the Wanderer stars including Thomas Aquilina.
“CommBank Stadium is in our backyard and supporting the Wanderers is second nature to us, it being our closest A-League side,” Dona said.
“For our trouble, the Wanderers gifted us two season passes for all the home games which is very exciting for us and a wonderful way to acknowledge our support and relationship with them.”
As the oldest football club in Western Sydney, possibly Australia, Granville Waratah FC was due to mark its 120th anniversary this year but will postpone the celebrations until the season gets underway in April 2022.
Club secretary Zac Farah said: “We will be fielding all of our junior and senior teams next year but have also re-created a premier league competition, now called the X-League, and although it’s still a grassroots competition, we are hoping to attract a high calibre of players.”
There will be a summer program starting for juniors in mid-January too.
To find out more, go to granvillewaratah.com.