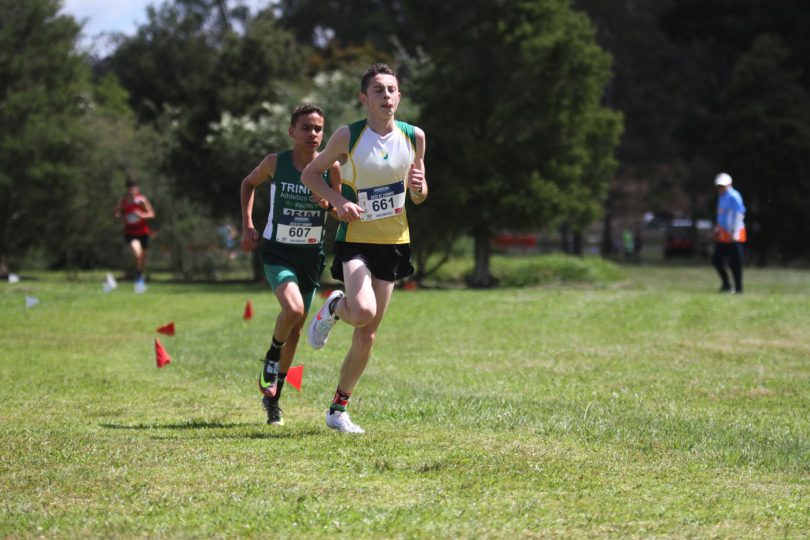 THE Athletics season closed on a high note for Bankstown Sports juniors who put in winning performances at the 2020 NSW Cross Country Championships over the weekend in Wollongong.

Liam Hinchcliffe moved up from his second place at the Short Course cross country event to take out the Under 18 6km event in 19:28, in a two-person race with Trinity’s Lachlan Townsend.
The pair were two minutes in front of the rest of the field before Hinchcliffe made a decisive move on the second lap.
“On the back section at two kilometres to go, I ‘put in’ and was not sure if Lachlan would be able to go with me,” he said.
His club-mate, Adam Williams, also claimed his second cross country title of the year, clocking 12:43 in the Under-16 4km event ahead of another Trinity runner, Luca Gillard’s time of 12:59.
“The leaders took it out quite fast and I just tried to stick behind them,” Williams said.
“Towards the end of the race, I tried to wind it up over the last 1.5k and I managed to drop Luca Gillard. He ran a great race up an age group and that is so good to see. Then I tried to extend my lead to the end.”
Also in winning form was Illawong/Revesby runner Kobe Stewart who won the Under 13 3km event in 9:41 and Imogen Stewart who clocked in an impressive 13:07 in the Under 16 4km.
“I felt confident going into the race and was able to go from the gun,” Stewart said.
“I’d had a consistent, six-week block of training.”