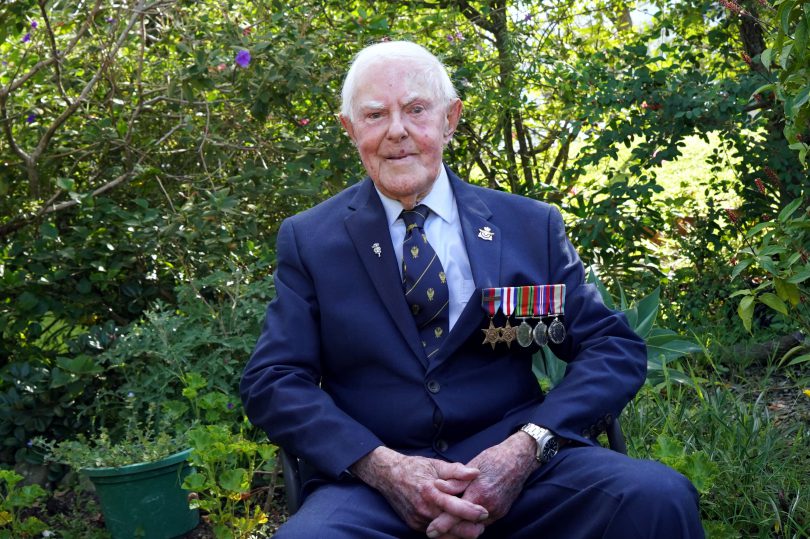 100-year-old Bill Geoghegan who served with the Royal Australian Air Force and Bomber Command said he is lucky to have survived.

Incredible first-hand video accounts from veterans who served in the Second World War have recalled the moment victory in Europe was declared 75 years ago.
Acting Minister for Veterans Geoff Lee said the remarkable stories take us back in time to commemorate VE Day, an important event in Australia’s war time history.

“We are privileged to have these recordings of our veterans’ eyewitness accounts of VE Day so their stories can be told again and again to future generations,” Mr Lee said.
“Our soldiers escaped dangerous situations, risking their lives to support the Allied Forces’ fight against German occupation in Europe.”
95-year-old Max Barry was a Royal Australian Air Force rear gunner and tells his story of great escapes and survival, after parachuting from a Lancaster bomber in 1944.
“We caught on fire and one engine after another packed up. The pilot said we had to bail out… so we did,” Mr Barry said.
He spent 11 months as a prisoner of war before VE Day led to his freedom but he always had a deep sense he would make it back home.
“I was always confident I was going to survive. I’m still doing it!”
100-year-old Bill Geoghegan who served with the Royal Australian Air Force and Bomber Command said he is lucky to have survived.
“One night there were two crews and they tossed up to see who would go on the operation. The other crew went and they never came back. It wasn’t my time,” Mr Geoghegan said.
Mr Lee encourages everyone to watch and read the veterans’ incredible accounts at https://www.warmemorialsregister.nsw.gov.au/nsw-stories/theme/75th-anniversary-stories.
Nearly one million Australians served in the Second World War with 39,000 Australians losing their lives and another 30,000 taken prisoner.