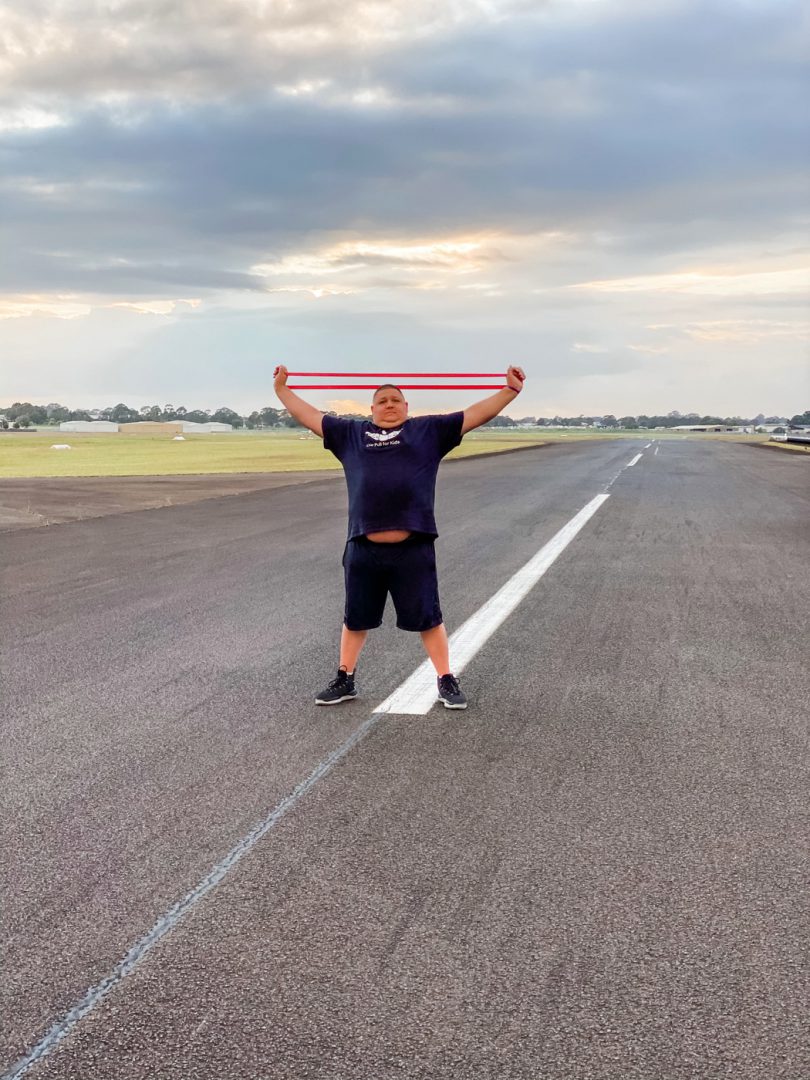 IT wasn’t through lack of support with a crowd of 60-plus cheering him on at 6.30am last Wednesday at Bankstown Airport but Strongman Troy Conley fell short of his Guinness World Record attempt of successfully pulling 16 Hyundai vehicles.

He was able to haul the vehicles 47cm but not the required 5m to break the world record.
Troy said that although disappointed he didn’t break the record, he was still able to raise $7,000 for Hyundai Help for Kids and in turn, Little Wings Charity, Ronald McDonald House Charities Australia and the Children’s Hospital at Westmead.
“The record attempt was more of a secondary thing; the main purpose was to raise as many funds for sick kids as possible and I’m amazed that $7,000 has been raised in just 12 days and we’re still fundraising until the end of the year with plans to reach $30,000.
“I was sick as a child and spent long stays in hospital and recovered obviously so I’m hoping to send out that message to children and families going through treatment that there is light at the end of the tunnel.
“If I can inspire just one child, I’m very happy with that.”
Donate at au.gofundme.com/f/car-pull-for-kids.