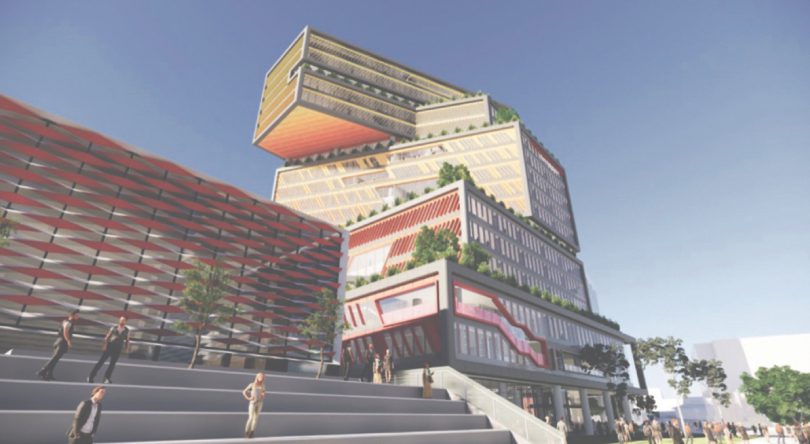 THE multi-million-dollar transformation of the Bankstown CBD “will be the envy of others and make us Sydney’s new destination for opportunity”.

Mayor Khal Asfour says the works will also create thousands of jobs and inject millions of dollars into the local economy.
Work begins this week on what will be the jewel in the crown – an education and health hub offering courses in teaching, psychology, business, IT, health, arts and humanities – the new vertical, multi-level Western Sydney University Campus.
It’s the major part of the facelift at Paul Keating Park, which will include a kid’s playground with funky water play.
“The new university campus will add to the new and modern Bankstown, attracting thousands of students and adding $54 million to the South-West Sydney economy,” Mayor Asfour said.
The Western Sydney University campus will be constructed beside the modern Bankstown Library and Knowledge Centre and Bankstown Civic Tower and be completed by 2022.
It is all part of a masterplan for the area which proposes to transform the Appian Way into a tree-lined pedestrian thoroughfare, all the way to the new Metro Station, including a retail strip with high-end shops and restaurants.
Mayor Asfour says there will be disruptions but it will be worth it.
“The whole area will come alive with activity and be perfect for festivals and market places. A place to live and socialise,” he said.