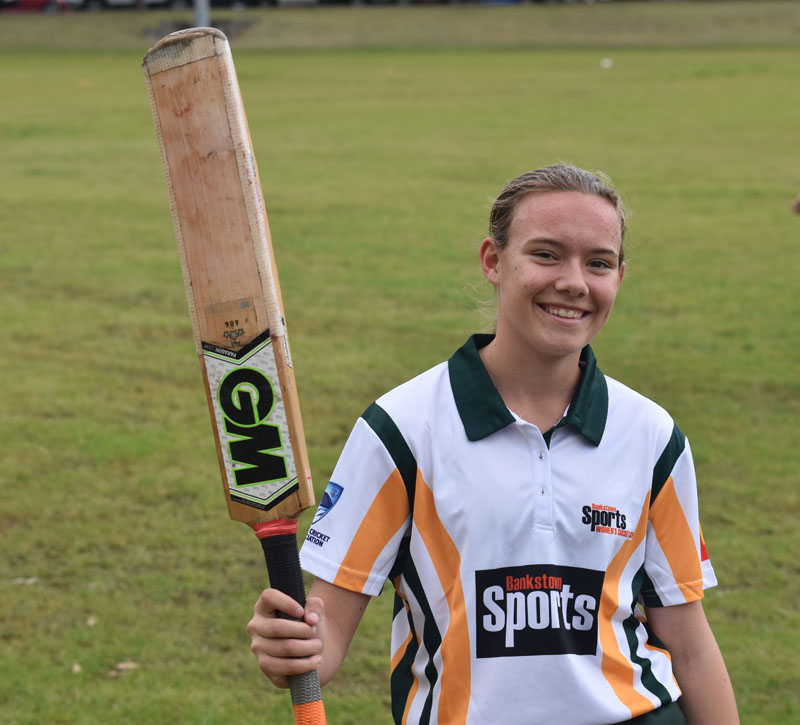 AFTER losing every grade last week, all three Bankstown Sports Women’s Cricket Club Grade teams bounced back with a clean sweep of Gordon.

First Grade batted first on Bankstown Oval to score 215 on the back of a typically brutal innings of 87 by Sue Fairhurst, which included 13 fours and one big six.
Angelina Genford was a great support with 47 (4 fours) contributing to a match winning 123 run partnership after losing 3 early wickets.
In reply, Gordon were bowling out in the 49th over for 179. Best with the ball was Rhiannon Dick who took 3 for 29 off 9 overs, Hayley Elliott and Samantha Devlin with 2 for 27 and 2 for 28 respectively. They have the bye next week.
For the second week in a row, Second Grade had a close game by chasing down Gordon’s 109 in the 44th over 8 wickets down.
In the field, the wickets were shared around, with Kaitlyn Drinkwater and Chloe Butler both taking 3/20 while Annie Pham and Alice Whelan also took 2 wickets each.
Annie’s 10 over spell included 4 maidens. After losing 3 wickets for just 11 runs Chloe Butler (24) and Annie Pham (37) were able to build a solid partnership, although it was Danielle Moyes (18no) and Second Grade debutant Tyra Cooper (11no) that held it together to get 2nds across the line for the win.
Their unbeaten partnership of 19 under pressure in the context of the game was a mighty effort.
Third Grade have reached the Semi Final of the 40 Over competition after beating Gordon on Saturday.
This was an outstanding effort considering they only had 8 fielders for the first 45 minutes and then only 9 for the rest of the match. To keep Gordon then to a total of just 151 was a fantastic effort. Wickets were taken by Brinly Peters, Maeve Martin, Chloe Butler and Alanna Yates.
At the crease, the star was again Chloe Butler who scored an unbeaten 71 which included 10 fours – a magnificent knock. Chloe was well supported by Alanna Yates and Danielle Moyes who both scored 24.
The U15 Sixers Cricket League girls had the bye but now go into the final of their division next week.
The U13 League had their best win of the season when they defeated Marrickville Pritchard by 121 runs. The star of the Bankstown innings was Soundarya Deshmukh who scored a career best 43 including 8 fours. She was well supported by Bree Kurtz and Mariam Arifaki who both scored 16 to help the side reach the impressive 2 for 158 in their 20 overs. At the crease, the girls were again at their best rolling the opposition for just 3. Nisa Kharrl was the destroyer with 3 for 4. Sisters Soundarya and Arpita Deshmukh tried to outdo each other taking 2 for 1 and 2 for 8 respectively.