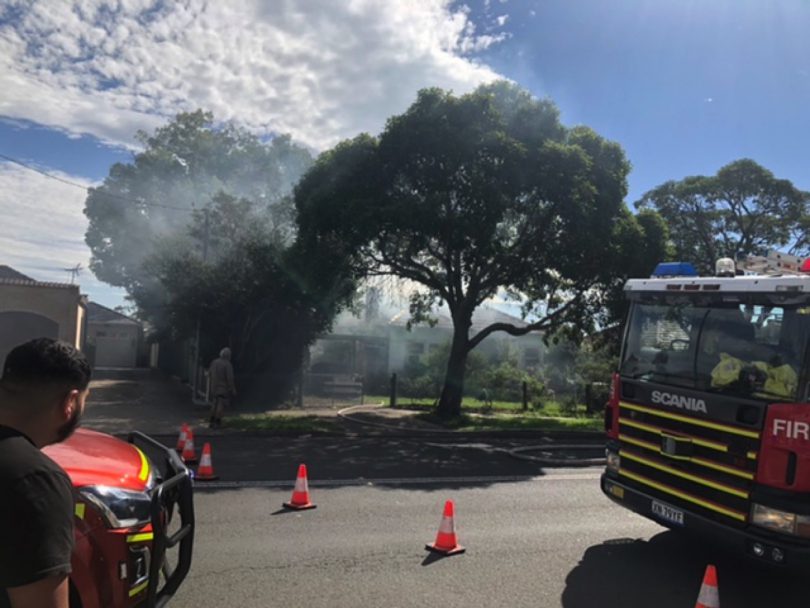 A woman escaped from her burning home in Revesby this afternoon.

Just before 1pm this afternoon, Fire and Rescue NSW (FRNSW) crews responded to a house fire in Queen Street, Revesby.
On arrival, firefighters from Revesby Fire Station found a fibro-clad house well alight and a 90 year old female who had self-evacuated prior to fire brigade arrival.
Due to the intensity of the blaze, additional crews from Riverwood, Bankstown and Chester Hill also responded, along with NSW Ambulance and NSW Police Force who provided assistance at the scene.
The fire was brought under control just after 1.15pm, with the elderly female being treated by FRNSW crews prior to the arrival of NSW Ambulance paramedics.
The cause of the fire is undetermined, and investigations into the cause are ongoing. With Fire and Rescue NSW crews attending multiple house fires this week, Superintendent Scott Dodson said it was a timely reminder for residents to develop their fire escape plan.
“Now is the time for residents to check they have a working smoke alarm and that all members of the family have an awareness of calling Triple Zero (000) in an emergency” he said.