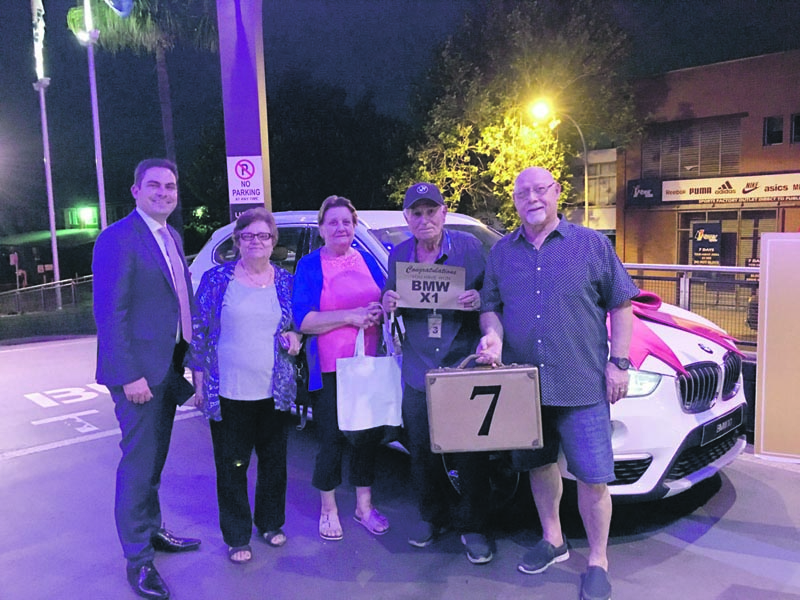 WITH excitement in the air last month, Bankstown Sports members were out in force and hoping to win a BMW X1 or a share of $16,000 in the ‘Mystery Briefcase’ promotion

Ahead of draw night, eight finalist positions over eights weeks had been secured, with the rest given away on the night.
At 6.30pm, M. Varnavelias was selected as finalist nine.
Finalist 10 was called at 7pm, with W. Makhoul emerging from the crowd.
Next was C. Bui, finalist 11, followed by A. Carayannopoulos, finalist 12.
Then all finalists took position on the main stage in the Rainforest Lounge behind their selected briefcases which were opened in numerical order.
Cash kept coming out until briefcase seven was unclipped by T. Mihajlovski, who was thrilled to reveal he was the proud owner of the BMW X1. Still in shock, Mr Mihajlovski said he would be gifting the car to a family member.
The other finalists all took home cash.