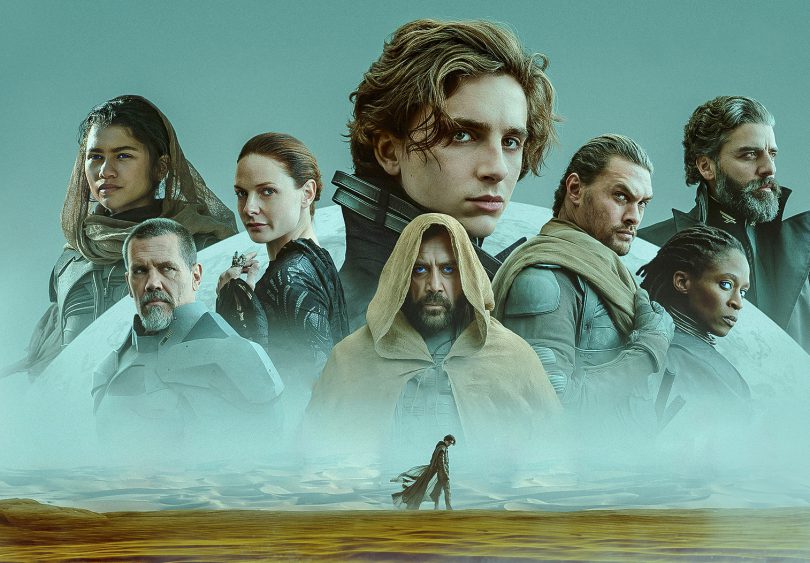 ONE of the most highly anticipated films of 2021, science fiction blockbuster ’Dune’ will debut on the big screen this week with Bankstown Hoyts offering two free family passes.

Hoyts Bankstown manager Susan Kebblewhite says local filmgoers came out in droves to enjoy ‘Venon: Let There Be Carnage’ last week and ‘Dune’ would be no different.
“‘Dune’ is rated M – meaning it is for mature audiences, but anyone can watch the film,” she said.
“I think it will be a popular choice among young adults as it has Zendaya and Jason Momoa to draw them in,” she said.
A mythic and emotionally charged hero’s journey, ‘Dune’ tells the story of Paul Atreides, a gifted young man born into a great destiny beyond his understanding, who must travel to the most dangerous planet in the universe to ensure the future of his people.
As malevolent forces explode into conflict over the planet’s supply of the most precious resource in existence, only those who can conquer their own fear will survive.
Oscar nominee Denis Villeneuve (‘Arrival’, ‘Blade Runner 2049’) directs Warner Bros Pictures and Legendary Pictures’ ‘Dune’, the big-screen adaptation of Frank Herbert’s bestseller of the same name.
It stars Oscar nominees Timothée Chalamet, Charlotte Rampling and Josh Brolin, Oscar winner Javier Bardem, Stellan Skarsgard, Dave Bautista, Zendaya and Jason Momoa.
For more info, go to hoyts.com.au.
To enter for tickets, simply scan the QR code or head to localnewsplus.com.au and fill in an entry form.