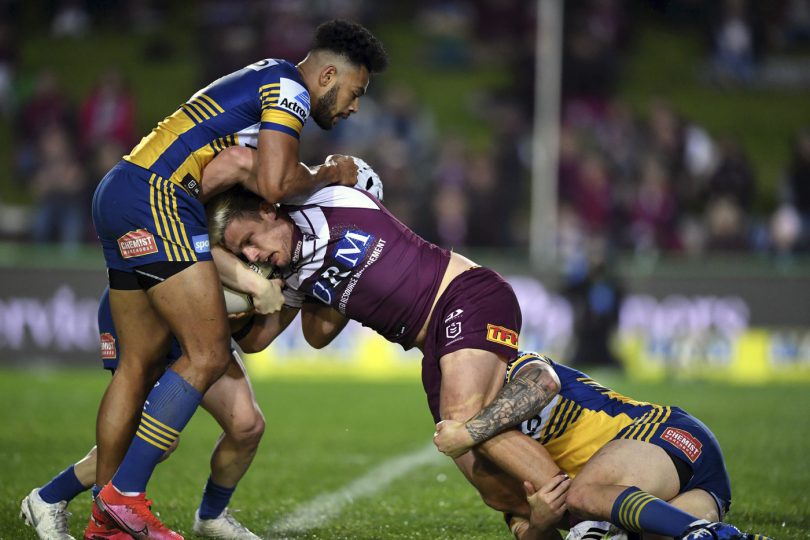 PARRAMATTA Eels players knew what they were walking into but what coach Brad Arthur described as “soft efforts on the try line”, saw them fall by four points to a more determined Manly Sea Eagles team.

Arthur denied they were complacent coming into the match but blasted his side’s slow start and said they made some “silly errors” and “offensive lapses and not enough effort” to put their bodies on the line.
”We were prepared for it but we weren’t prepared to do anything about it when we got here,” he said.
“Three tries in 10 or 12 minutes at the start, the attitude wasn’t there from the start.
“I think it was 20 minutes in before we decided we were going to roll our sleeves up and have a crack.”
After a strong fightback in the first 15 minutes of the second half, the Eels looked like they could take the game after all but a series of errors left them struggling at the try line.
A George Jennings’ try in the final 15 seconds and a declined shot at goal, gave the Eels an all-or-nothing final shot at glory but a short kick-off by Daly Cherry-Evans, sealed the game for Manly.
The Eels will now take on West Tigers on Thursday, July 23.