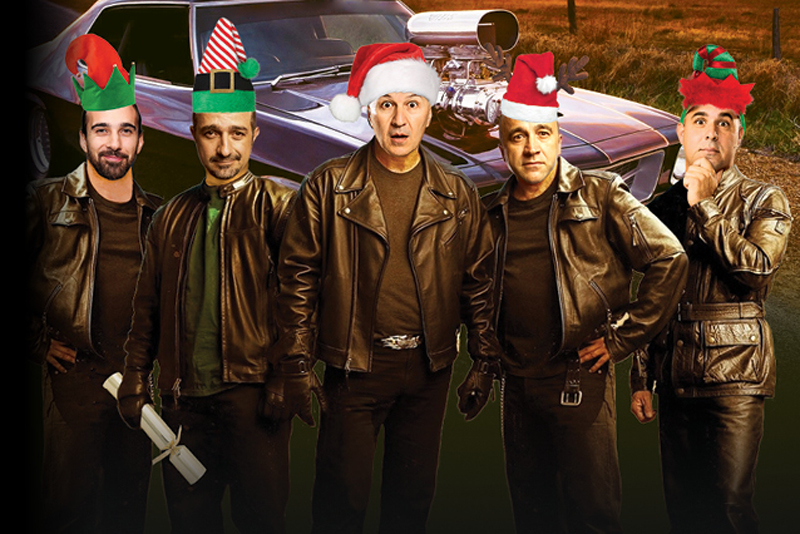 A CHRISTMAS Special that will have you in stitches throughout the smash hit show, Wild Ethnics of Comedy is on for a limited season and rolling into Revesby next weekend.

Four hilarious comedians – George Kapiniaris, Tahir, Gab Rossi and Anthony Locascio – feature in this new stand-up comedy show full of great laughs and live music.
One of the country’s best loved comedy, music, theatre, film and TV stars, George has had an incredible impact on Australian popular culture over the last 34 years.
His claim to fame includes such hits as Wogs Out of Work, Fat Pizza, Acropolis Now, Housos, Street Smart, Chitty Chitty Bang Band and many more.
Gab returns with a fresh take on the funny side of life; better find a safe space!
A household name, Tahir has featured in many TV shows including Fat Pizza, Housos, Here Come the Habibs, The Footy Show and Swift and Shift Couriers.
Special guest Anthony, who is new comic on the scene, has both Italian and Greek backgrounds and delivers his own brand of hilarious musings growing up in his mixed race household.
Catch Wild Ethnics of Comedy just for a laugh at Revesby Workers’ Club on Saturday, December 14, from 8pm.
Book early to avoid missing out; tickets, $49.50 at rwc.org.au.