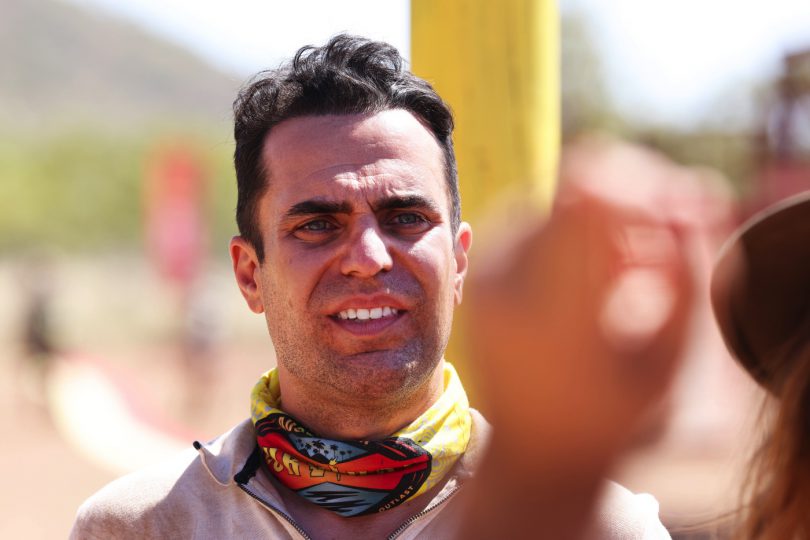 HE had never even been camping before and found the physical challenges the most testing but appearing in this year’s Australian Survivor: Brains V Brawn series is a dream come true for Bankstown public servant George Mladenov.
“I’d been a fan of the show as a child since USA Survivor premiered in 2000 and am able to use my political experience as a good, strategic, faceless man of the Australian Labor Party to pull strings and broker deals to benefit my Brains tribe,” he said.
Born in Bankstown Hospital and starting school at Bankstown Public, George worked out at F45 Gym in Bankstown six days a week for eight months in the lead-up to the show.
But he says he brings a lot more to the show than just political experience and improved fitness.
“Growing up in Bankstown makes you street smart and fearless,” he said.
“We don’t judge people on their ethnic backgrounds or where they come from, just on what they do, not what they say; that’s in my character and I’m very proud to be a born and bred Bankstown local, I’m the biggest parrot for the local area.”
Cunning, an expert negotiator and a master manipulator, high achieving George will stop at nothing to make it to the final Tribal Council.
“I plan to outwit, outplay and outlast everyone to claim the title of Sole Survivor 2021,” he said.
“I also want nothing more than to make Bankstown proud when they see one of their own doing well; I’m definitely the smartest cookie on the show.”
Campsie contestant Wai Chim may not agree.
As an international award-winning author of six children and young adult books, Wai is an academic powerhouse.
With degrees from some of the most prestigious universities in the world, this self-proclaimed nerd is the ultimate bookworm.
“I’m usually chained to a desk so this is a very big challenge but I am really surprising myself and now feel incredibly inspired from the experience as I’m sure the audience will too; you’ll probably be reading about it one of my books soon.”
If Monday night’s episode is anything to go by, George and Wai make a dynamic duo, teaming up to win the Brains tribe challenge and earning immunity for the group, ahead of a Braun tribe contestant being eliminated.
Catch Australian Survivor: Brains V Brawn on Sundays, Mondays and Tuesdays from 7.30pm on 10 And 10 Play On Demand.