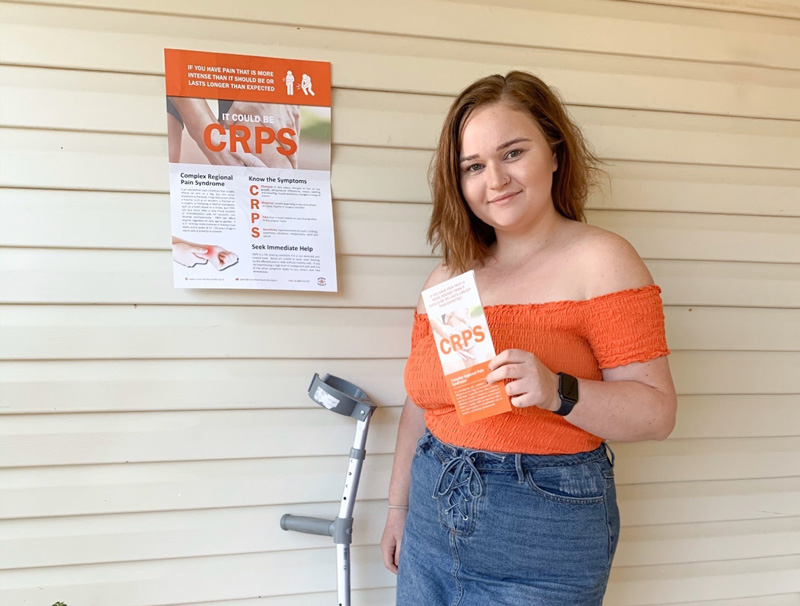 WHEN Corinne Irish broke her ankle playing netball in July last year, she had no idea it would change her life.

After visits to a number of specialists, the 21-year-old Guildford West resident was diagnosed with Complex Regional Pain Syndrome (CRPS).
An uncommon pain condition that usually affects an arm or a leg, although it can appear anywhere in the body, CRPS typically occurs after a trauma such as an accident, a fracture or surgery.
Corinne says it presents as a “persistent burning or throbbing and is made worse by movement, mechanical or thermal stimulation or even by stress”.
“CRPS has no cure, remission is possible but it is vital that CRPS is treated early,” she said.
November is CRPS awareness month, and she says educating health professionals and the community about this debilitating disorder is the only way to ensure better outcomes for those with the condition.
While Corinne has undergone numerous treatments including two nerve blocks, a week of continuous ketamine infusions, 11 days of continuous lignocaine infusion and even radio frequency treatments, nothing has worked so far.
“Pain does not go away, it affects my sleep. I suffer from ‘flare ups’ everyday,” she said.
“If it wasn’t the support from my family and friends I don’t know where I would be.”
Unable to return to her job at a local hairdresser, Corinne is setting up a home salon so she can continue her career and says she is getting stronger every day: “I am not going to let CRPS beat me.”