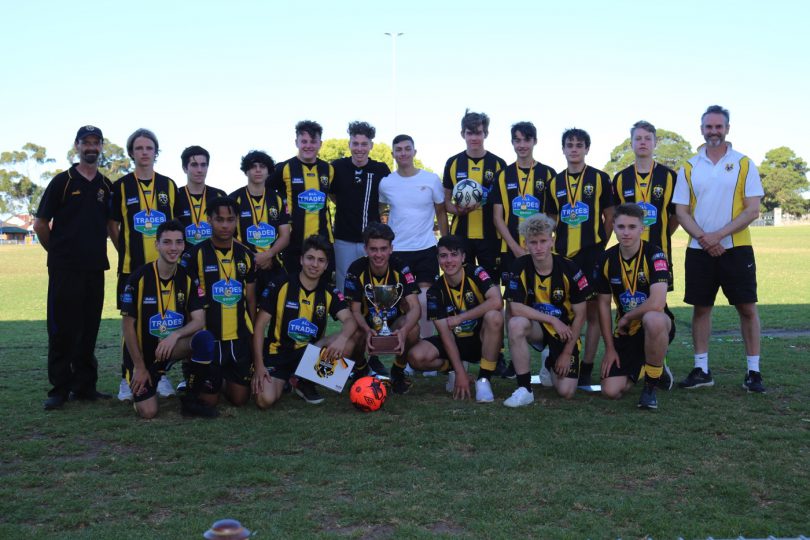 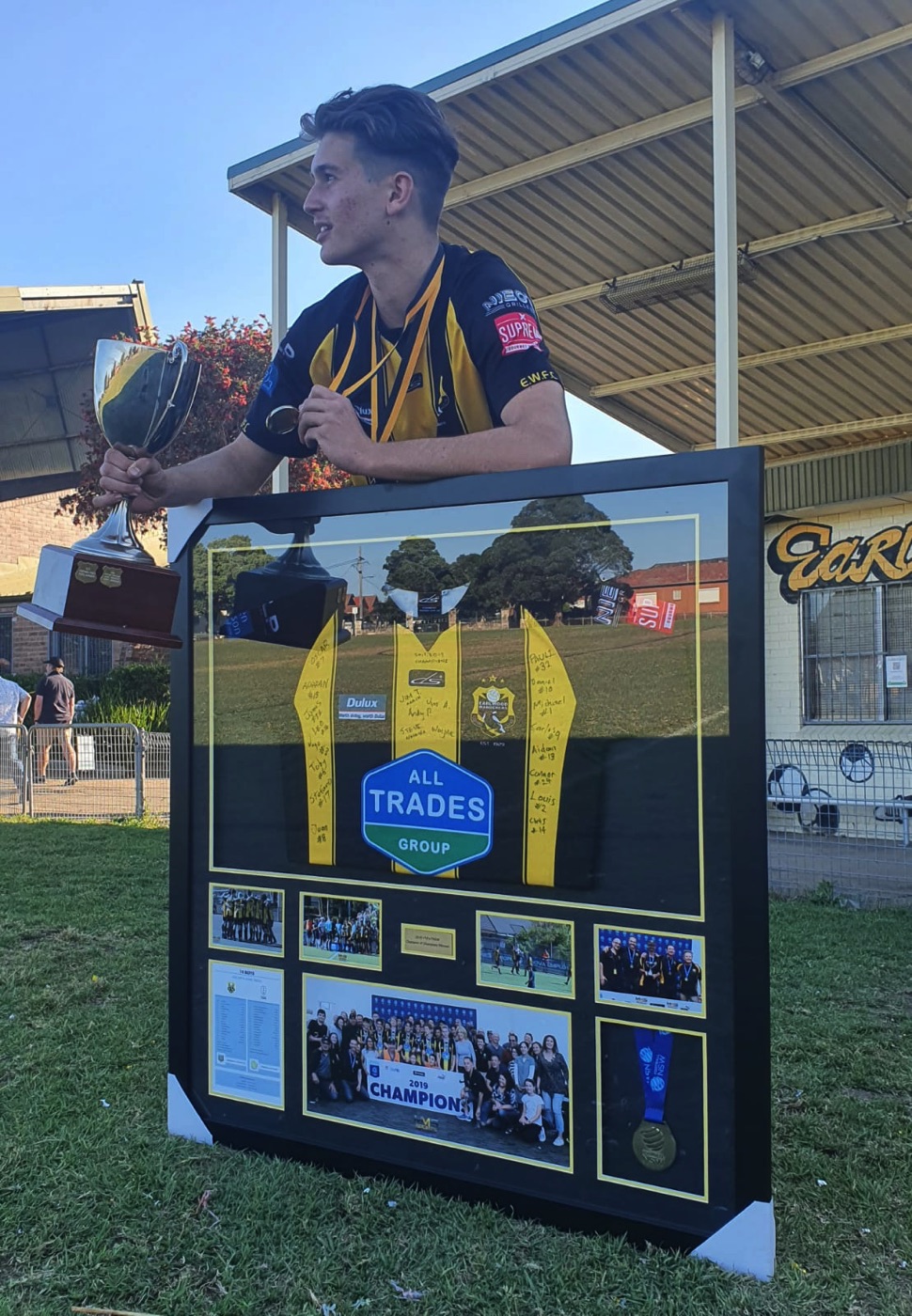 They won the championship at their home ground in front of delighted family, friends and the hard-working Earlwood Wanderers committee.
After making it three from three in their local competition which is part of the Canterbury District Soccer Football Association (CDSFA), the team’s coach, Jim Tatsis, said the season could not have been scripted better.
“It was a must win match as the final game of the season on our home ground and the only prize up for grabs in 2020 due to Covid,” he said.
“The boys won 4-1 to bring to a close another great season and successfully defended their title as local champions and reigning state champions.”
Jim’s son Pauli started with Earlwood in 2009 as an Under 6 and along with current teammates, have entered themselves into the club’s history book with their achievements.
“Congratulations, lads, for another great season,” Jim added.
Many of the other players in the Earlwood Under 17/1s, started their football careers as youngsters at the historic Earlwood Wanderers FC, a club which was established in the early 1900s, boasting five Socceroos and one Matilda, including the late former Socceroo Captain Johnny Warren.
For more info, go to ewfc.com.au.