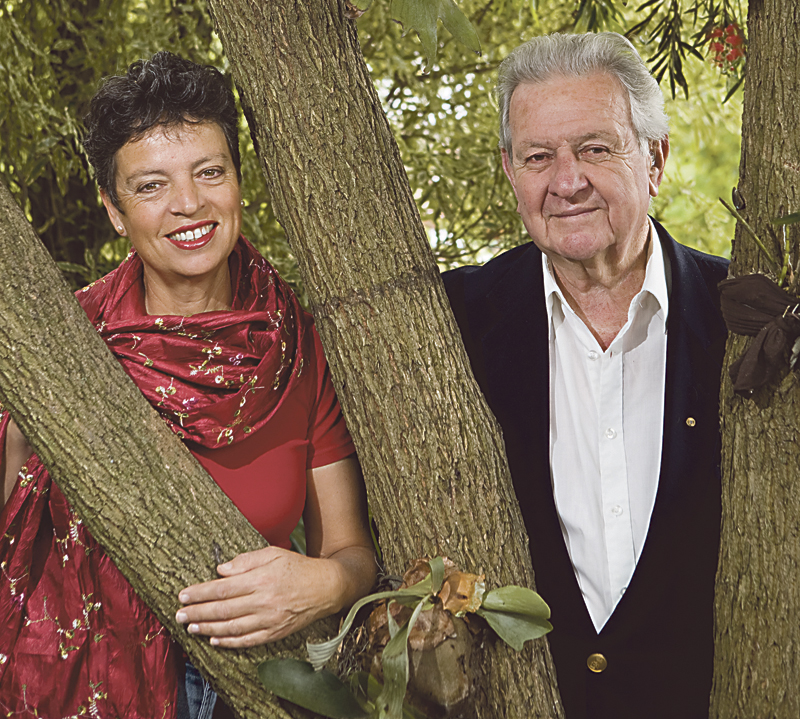 Linda Eisler and Jack Mundey, an environmentalist. Linda is going to attend a tribute to Jack in November. PHOTO BY GEORGE VOULGAROPOULOS

A TRUE Australian hero who saved Sydney from the bulldozers and shaped a generation of activists, Croydon Park resident of over 55 years, Jack Mundey, will be honoured with a memorial following his death at 90 on May 10.

Through his pioneering role in the green bans movement, the union leader made environmental concerns mainstream and was named a National Living Treasure.
He was secretary of the NSW Builders Labourers Federation (BLF) when it imposed 42 union bans on potential construction sites in the State.
These green bans provided a lifeline for scores of resident action groups and played a crucial role in saving large tracts of Sydney from demolition to make way for property developments and expressways.

Without these bans, Sydney would not have retained much of its inner heritage suburbs like The Rocks, Woolloomooloo, Darlinghurst and Glebe, scores of heritage buildings in Sydney’s CBD, Kellys Bush Park in Hunters Hill, parts of Centennial Park and the Botanical Gardens, and housing for the Aboriginal community of Redfern.
A friend of Mr Mundey for many years, Canterbury Bankstown Councillor Linda Eisler who put forward the motion for a memorial at last week’s council meeting, said he inspired Greens parties all over the world.
“He always acknowledged those ordinary workers in the 70s who gave up their pay for a liveable city,” she said.
“I have asked the council to investigate a park or green space, preferably in or near Croydon Park to be renamed Jack Mundey/Green Bans Park with a photo and signage, as well as establishing a Jack Mundey Environment and Heritage Award for Australia Day.”