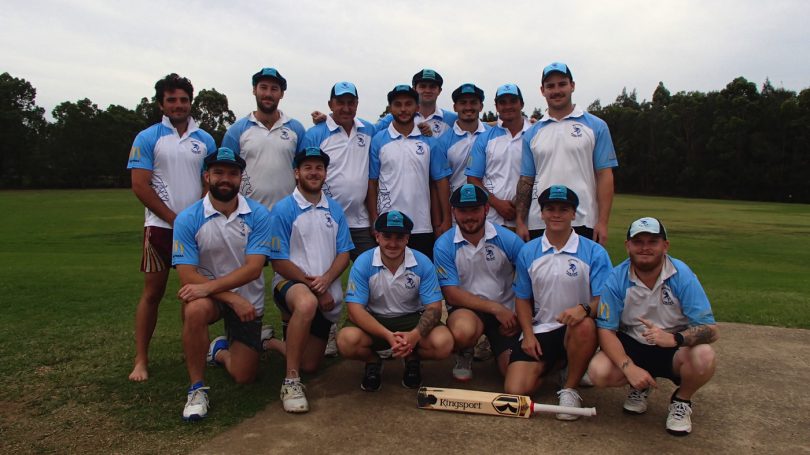 THEY may only have enough players for a junior and a senior team this summer but the Milperra Vikings are expected to show they are still a force to be reckoned with when they compete in the 4th Grade One Day Final at Brownes Farm this Sunday, February 14.

Playing in the Bankstown District Cricket Association’s amalgamated competition with Fairfield Liverpool Association, the Vikings will have all eyes on them to see whether the plunderers can make it two years in a row.
Last year’s win was spectacular, according to club secretary Daniel Cooke, since it was the first time the team had played together.
‘That’s why they’re such an invincible force since as well as being good bowlers and batters, they are all great mates and always there to encourage and challenge each other,” he said.
“Playing in the One Day Final against St Andrews, we feel we have a really strong chance and are excited to have come so far.”
Though originating over 50 years ago and named after the former Viking Tavern in Milperra, the club’s numbers have dwindled over the last few years, mostly through attrition.
“You don’t show up to register anymore as it’s all done online which is fine for the bigger clubs but it means that some of the smaller clubs struggle since they don’t have the people to drive their social media,” Cooke added.
“We train at Killara Reserve in Panania and are always on the lookout for more players.”
For more info, email Cooke at milperravikingcricket@gmail.com.