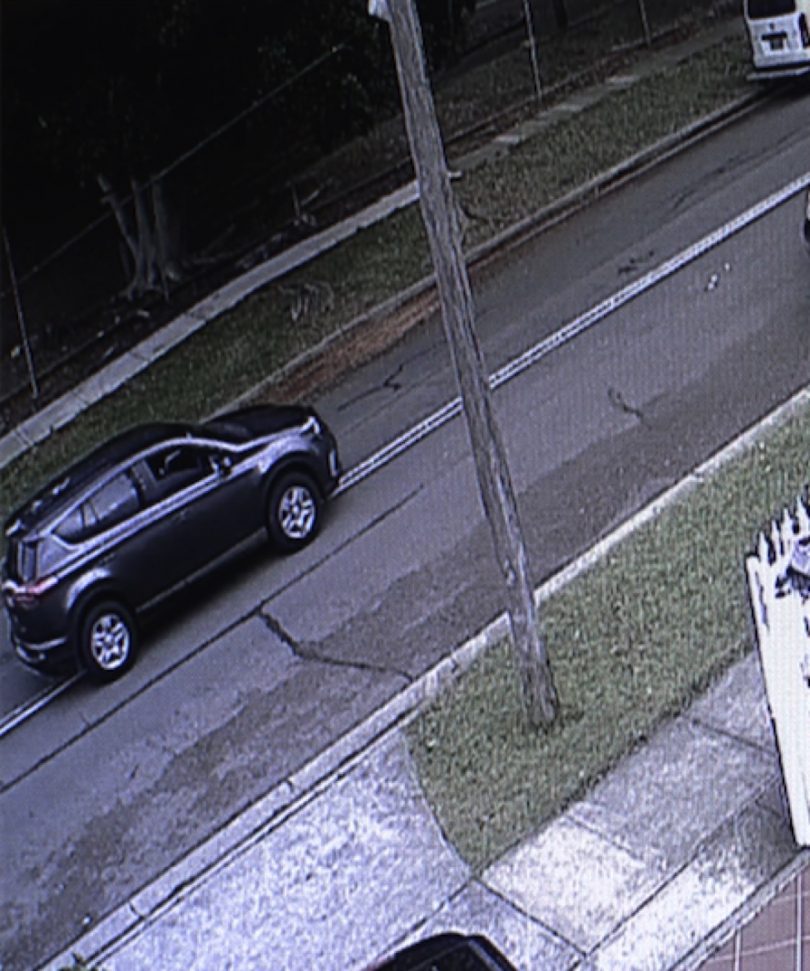 POLICE are looking for a black Mercedes Benz with the partial registration EHV as they continue their investigation into the shooting murder of Mejid Hamzy in Condell Park last October.

About 7.30am on Monday, October 19, emergency services were called to Simmat Avenue at Condell Park, following reports of a shooting.
Hamzy, 44, was located nearby with multiple gunshot wounds and despite the efforts of emergency services he died at the scene.
Detectives from the State Crime Command’s Criminal Groups Squad established Strike Force Courier to investigate the shooting murder.
In conjunction with the investigation, Strike Force Raptor commenced a high-visibility police operation to suppress further acts of violence following recent public place shootings.
As part of ongoing investigations, police have released CCTV footage of two vehicles of interest.
The first is a grey Toyota Rav 4, which was parked on Simmat Avenue on the morning of the murder.
Two masked men are seen exiting the vehicle prior to the shooting before leaving in the same car shortly after.
Detectives have also identified the black Mercedes Benz as a vehicle of interest.
The car was seen near Simmat Avenue on the morning of the shooting and later driving through the Moorebank area, including along Craig, Metcalfe and Selway Avenues.
CCTV footage released today, shows a masked man driving the car who police believe will be able to assist with their inquiries.
As investigations continue, police are urging anyone with information, about the grey Toyota Rav 4 or the black Mercedes Benz and the man driving it to contact Crime Stoppers: 1800 333 000 or nsw.crimestoppers.com.au. Information is treated in strict confidence.