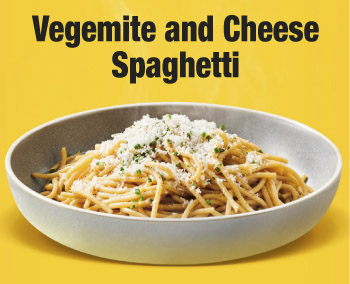 TO mark Harmony Week, everyone’s being encouraged to celebrate Australia’s diversity of cultures, languages and flavours by sharing a series of varied ways to enjoy Vegemite.

More and more Aussies are cooking with Vegemite so in the spirit of Harmony Week and to celebrate Australia’s melting pot of cultures and flavours, Vegemite has released a series of recipe ideas inspired by the country’s rich heritage – think Vegemite Stir Fry and Beef Shawarma skewers.
As part of the celebration of Australia’s diverse culture, Vegemite has unveiled large-scale outdoor advertising with Vegemite’s classic Tastes Like Australia headline translated into the top 10 most spoken languages in the country – Cantonese, Mandarin, Vietnamese, Arabic, Italian, Greek, Tagalog, Hindi, Spanish and English.
Marketing Manager Spreads at Bega Cheese Limited, Jacqui Roth, says just like the platypus and the Big Prawn, Vegemite is a symbol of Australia’s national identity, so we feel we have a duty to recognise how important different cultures have been in shaping our country… and our national cuisine for that matter.
“This past year has shown us how unique Australia is and how great we are as a country. We want to encourage Aussies to celebrate our culture and the ingredient that makes us great – our people,” she said.
“What a better way to do that than enjoying the mix of flavours that make up the taste of Australia and celebrating the diverse languages spoken Down Under.”
For recipes, visit vegemite.com.au