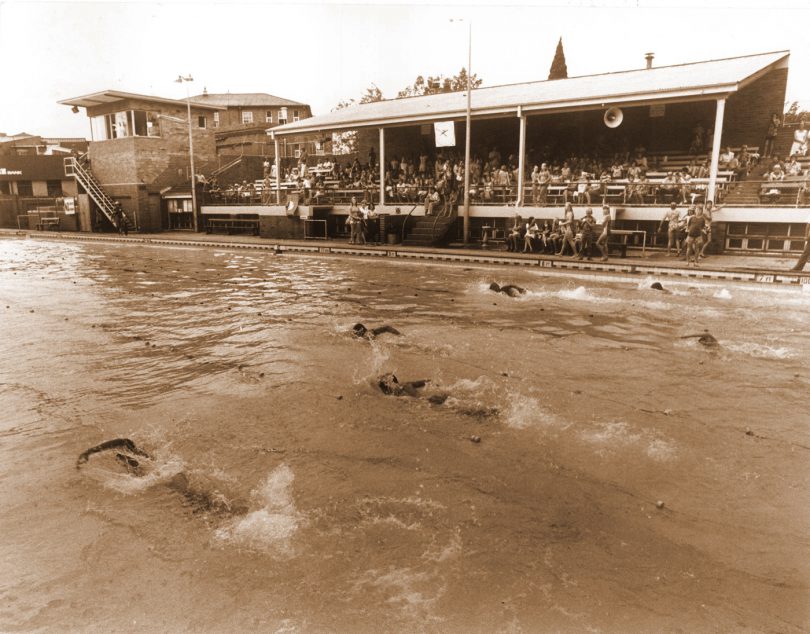 DESCRIBED as the greatest swimming coach in the world, coaching champions in Australia, Canada and the USA, Bankstown’s own Don Talbot passed away at 87 last Tuesday (November 3).

Talbot, who began coaching in 1956, was at the helm for Australia’s golden era in the pool during the 1990s and early 2000s, including the Sydney Olympics where the national squad returned its best results in almost 30 years.
Inducted into the International Swimming Hall of Fame in 1979, Talbot made his name known through the work he did with John and Ilsa Konrads, freestyle aces for Australia in the 1950s and 1960s.
John, now 78, retired from swimming after the Tokyo Olympics in 1964 but continued to keep in touch with Talbot.
“As a coach, Don was in a class of his own; he understood what it took to make a champion and he made plenty of those,” Konrads said.
“He took me under his wing as an 11-year-old Revesby Primary School student and he was a tough taskmaster.
“You either adopted his strict regime or opted out. He was a very adamant trainer but definitely had a softer side.
“He was arguably the greatest coach of all time.”
Another of Talbot’s former swim students, Condell Park’s Dick Caine who runs a coaching school and has himself coached 35 national and world champions using Talbot’s methods to this day, also remembers him as a ‘super hard’ coach who had a heart of gold.
“My father died in the war and I was one of 10 so as a 12-year-old Don never charged me for lessons and would sometimes bring me food and clothing,” Caine said.
“I trained with Don in the 60s at the former Bankstown Pool where the new library now sits.
“Years later I worked for him at Hurstville and Carss Park pools; he was an out and out legend, the biggest name ever in Australian swimming and will be hugely missed.”
The family will release details of a memorial service once Australia’s Covid-locked borders are open.