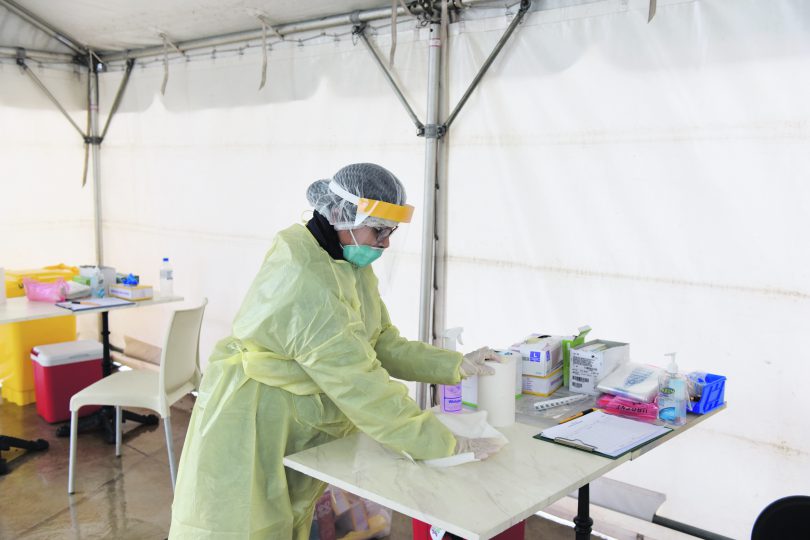 A SECOND wave of Covid-19 is threatening to swamp Greater Sydney with residents in Berala, Auburn and Lidcombe urged to come forward for testing as soon as any symptoms appear, however mild.

On Monday afternoon NSW Health issued an alert for anyone at the 10.10am screening on December 30 of The Croods: A New Age at Auburn’s Reading Cinema or the OKS Beauty and Hair at Lidcombe between 10.30am-12pm on December 31, warning that they are considered a close contact and must get tested immediately and self-isolate for 14 days regardless of the result.
Anyone else at the cinema at the above times or who visited the Lidcombe Woolworths at 92 Parramatta Road between 12.15-3.45pm on December 31, is considered a casual contact and should get tested and immediately self-isolate until you receive a negative result, and then continue to monitor for symptoms and if any occur, get tested again.
Despite two new cases linked to the ‘Berala cluster’ identified overnight on Sunday – too late to be included in Monday’s figures – and Woolworths in Berala added as a venue of concern, Deputy Premier John Barilaro said there “won’t be any lockdown of the Cumberland area”.
Thirteen positive tests were already centred around the BWS Berala store on Woodburn Road, including a man in his 40s, five family members and a co-worker, and the state’s chief health officer Kerry Chant warned that more than 2,000 people have already been identified as potential ‘close contacts’ of the cluster.
The Government’s move to mandate wearing face masks at a range of indoor settings was welcomed by the owner of Berala Kebab House, Nev Aslan who described the town centre as “almost empty” on Monday morning.
Admitting he was relieved to have been closed over the Christmas and New Year break for some minor work in his shop, he said he will offer a free mask to diners who need one when he reopens next Monday but anyone refusing to wearing a mask will be asked to leave.
“Masks are definitely a good idea,” he said.
“The Government should be more strict. At the end of the day it’s costing the Government and costing us.”
While also welcoming the mask mandate, State MP for Auburn and Shadow Minister for Sport, Lynda Voltz, added her voice to an increasing chorus calling for the upcoming cricket test between Australian and India to be played without crowds.
“It’s important to our sporting community that the test proceed but at the end of the day the Government needs to consider the health risk of allowing crowds,” she said.
A number of testing clinics are open in western Sydney, including the Merrylands Park drive-through clinic on the corner of Burnett Street and Merrylands Road.
For more information visit nsw.gov.au/covid-19.