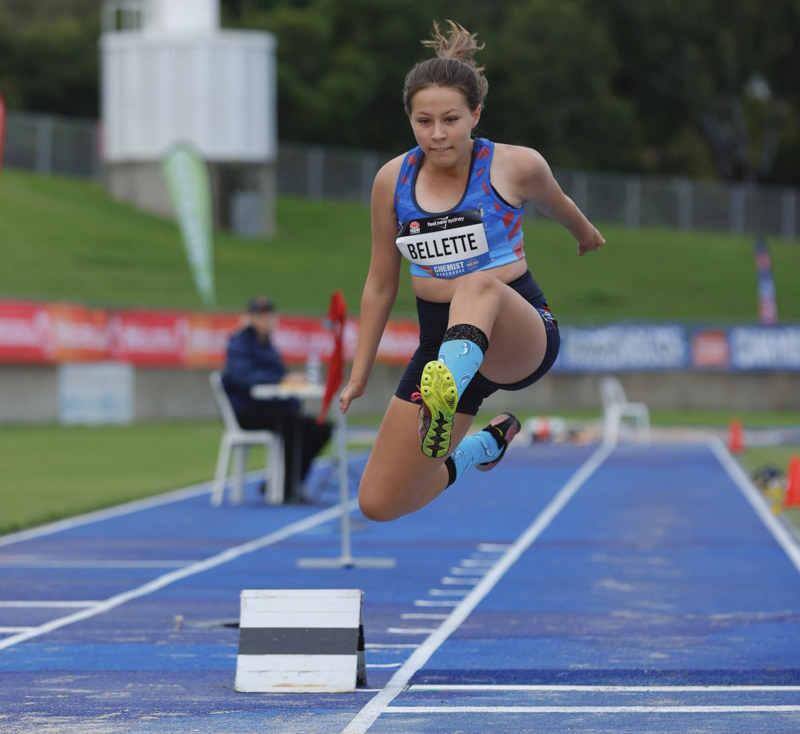 YOUNG Athlete of the Year with a Disability finalist for 2021 and Revesby resident, Rhiannon Bellette is unstoppable on the way to achieving her dream of becoming an Australian Paralympian. 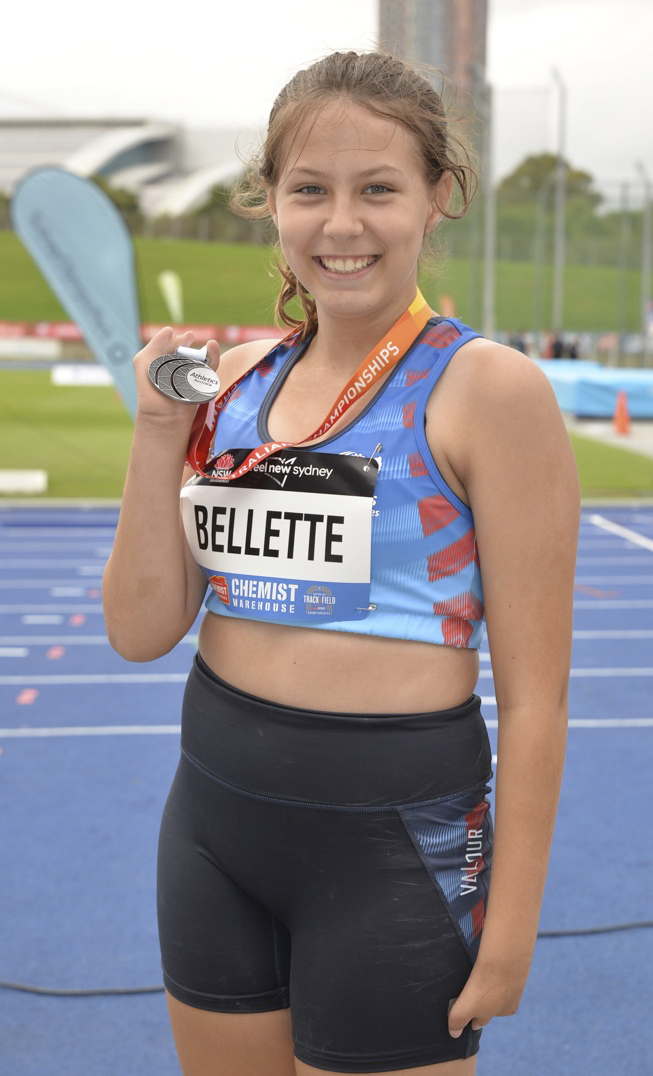 She has beaten all the field to win gold in the 2022 Australian Track and Field Championships.
Coming first in the nation in the Under 15 ambulant shotput, the 14-year-old Mount St Joseph Catholic College Milperra student also won silver in the Under 15 ambulant long jump, bronze in the Under 15 ambulant discus, fourth in the 800m, fifth in the 400m and 200m and sixth in the 100m.
Rhiannon was born with Brachysyndactyly which is the abnormal shortness of hands where the fingers are fused and a quarter of one of her feet has the same condition.
However, mum Cindy says she doesn’t let the disability stop her from doing anything.
“When one of the wheelchair athletes at the titles was struggling, trying to stand up on the podium with the other winners for a photo, Rhiannon was the one who jumped in to support her, holding her up in a standing position,” she said.
“I thought that showed true character and am extremely proud; Rhiannon is everything a parent could want in a daughter.”
Rhiannon puts her success down to being dedicated.
“I trained so hard during Covid and still run most nights,” she said.
“I was very happy with the recent medal wins.”