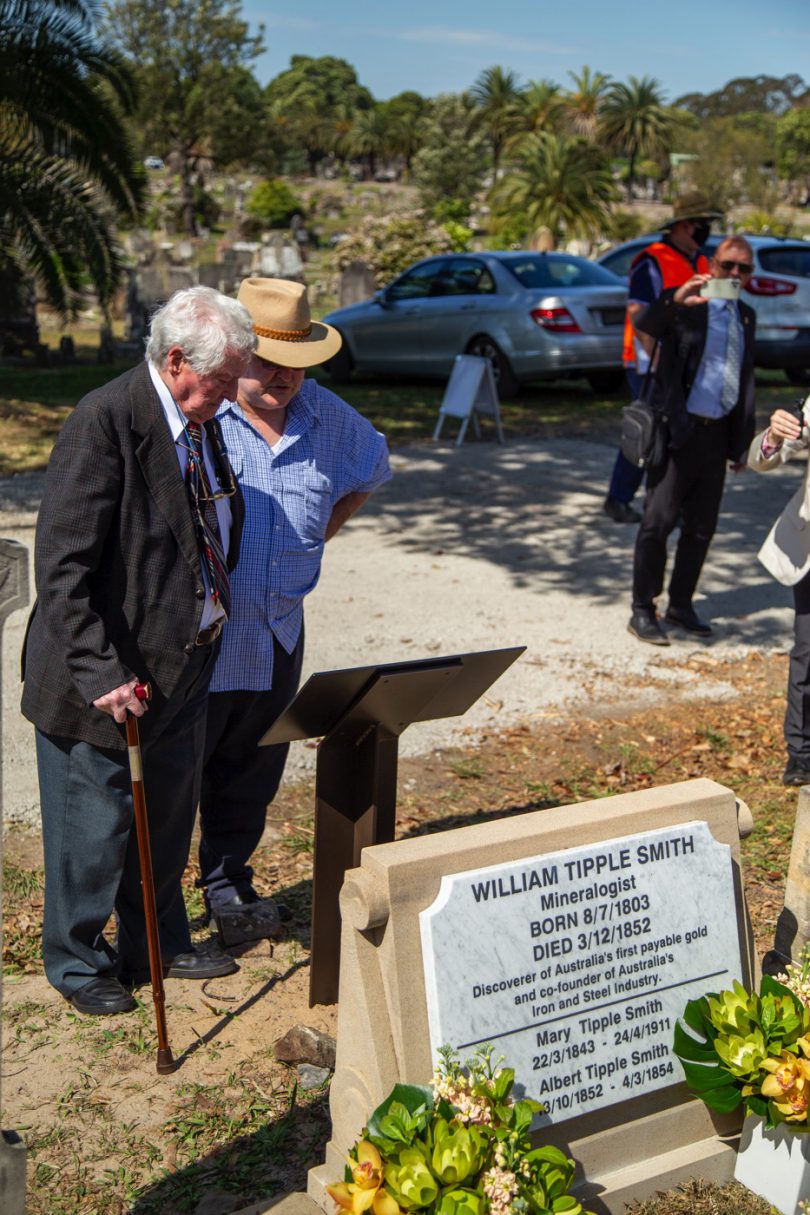 BRANDED a fraud for his claims on the first discovery of gold in NSW, William Tipple Smith died in poverty with an unmarked resting place in Rookwood Cemetery.

Tipple Smith also launched the iron and steel industry in Australia, with the company later becoming BHP.
Thanks to the efforts of his descendants, particularly historian and great great great niece Lynette Ramsay Silver and his great, great, great grandson, Bill Hamburger, Tipple Smith now has a memorial befitting his contributions.
For her book, ‘A Fool’s Gold: William Tipple Smith’s Challenge to the Hargraves Myth’, Ms Silver found Tipple Smith’s grave at Rookwood Cemetery.
“Knowing that his father had been branded a fraud by Governor Fitzroy, for saying he had found a gold field and trying to pass off gold from California in order to extort 500 pounds from the Government, in 1890 Tipple Smith’s son broke open a drawer in his father’s desk, which had remained locked for 40 years,” Ms Silver said.
“In it he found correspondence which proved that Tipple Smith had found a payable goldfield in 1848, and had been the victim of a corrupt administration.
“He tried to gain justice for his father but failed. Shortly before he died in 1924, he dictated their contents to a younger cousin.”
In 1985, Ms Silver was given a copy and began a search of the government files in NSW and London, only to discover that, although the receipt of the correspondence was logged, it was missing from the files.
“It had been misfiled but I eventually found it; these documents had been lost for 134 years,” she said.
“It has taken another 35 years to have William’s contribution to the nation officially acknowledged, thanks to the generosity of the NSW Government, Bluescope Steel and Rookwood Cemetery.”
The memorial reads: ‘Discoverer of Australia’s first payable gold and co-founder of Australia’s iron and steel industry.’