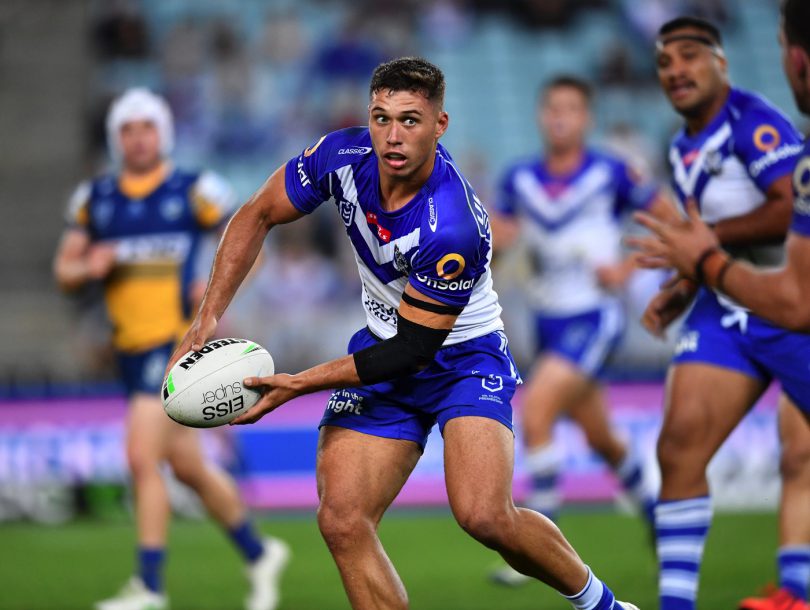 BULLDOGS coach Trent Barrett believes his side didn’t arrive with a good enough attitude to defend in their 32-10 loss to the Eels on Saturday.

The Eels raced out to a 16-0 start in the opening 20 minutes and then scored in the first set after half-time to make it 22-0.
Barrett was left frustrated with his team because he felt at certain points they showed enough fight to get back in the match.
“We just didn’t come with an attitude to tackle well enough against a side that is big and physical and it showed tonight,” he said.
Calling it disappointing, particularly in the first half, he said the set after half time also hurt them.
“They rolled us down the field pretty easily and the difference where we were turning the ball over for them was chalk and cheese,” he said.
“Ultimately you get hurt on the back on that. Individuals didn’t tackle well enough tonight.
“We showed some fight in the second half and got back into the game.
“But again, poor discipline and failure to finish the end of our sets well has been a problem for the last two months and again tonight.”
However, Barrett was still able to see the positives in his side’s performance.
Without much opportunity to attack, when they did get the ball into a positive area he was pleased with the signs his young side showed.
“They’re trying,” Barrett said.
“To beat those sort of teams and compete with them, we have to be at our very best and we weren’t.”
The Bulldogs next play the Dragons from 4.05pm on Sunday at Netstrata Jubilee Stadium Sydney.