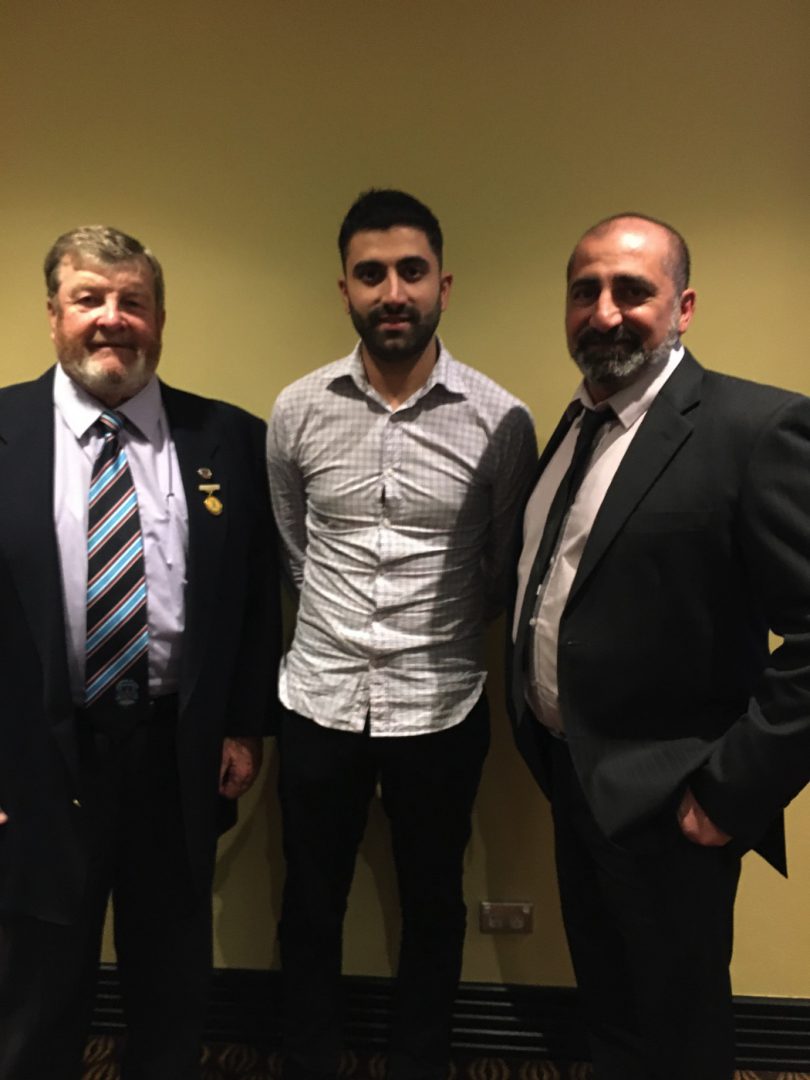 THREE Bankstown and Canterbury umpires were recognised at the NSW Cricket Umpires and Scorers Association (NSWCUSA) annual dinner, the first since the start of Covid-19, at Bankstown Sports Club earlier this month
Victor Gauci, Raymond Marshall and Adam Gauci all received medals for 10 years of service.

NSWCUSA Executive Officer Troy Penman said: “We very much appreciate the ongoing work of the Bankstown and Canterbury affiliate associations and the efforts of their umpires.”
Victor, vice president of the Bankstown umpires’ association, has been active in local cricket for nearly 25 years as a coach, club official, and umpire. He also umpires in Sydney Women’s cricket.
Raymond, secretary of the Canterbury umpires’ association, is a stalwart of local umpiring and is also heavily involved in umpiring in the NSW Youth Championships.
Adam is a long-term Bankstown player as well as an umpire. He played in the Brighton Lakes Cricket Club’s inaugural first grade side that won the Bankstown District Cricket Association Grand Final this season.
Nearly 200 umpires and guests, some from as far away as Coffs Harbour, Orange, and Albury, celebrated the season’s achievements. The highlight of the evening was guest speaker, Bill Harrigan, the legendary rugby league referee.