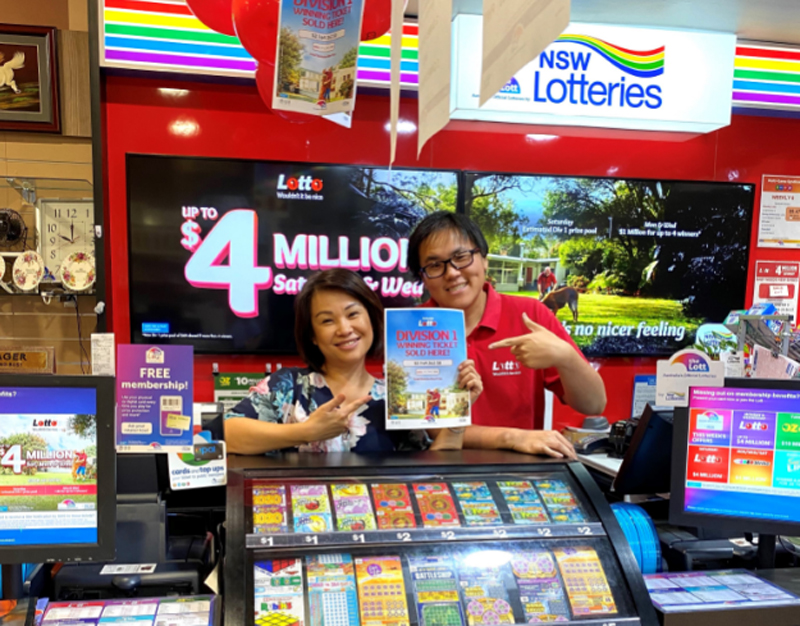 Both won in excess of $2 million each after winning first prizes in Lotto.
The Belmore winner won $2,727,272.73, however, how they plan to spend their Lotto windfall will forever be a mystery as they have chosen to remain completely anonymous and celebrate in private.
The winning entry was purchased at Belmore Newsagency, Belmore.
Newsagency owner My Trieu said she was happy to know her winning customer had finally been united with their prize.
“I couldn’t believe we sold another division one winning entry – we’ve sold four during the past five years. We’re decorating the store to celebrate,” she said.
The Campsie dad, who picked up $2,169,262.50, will share his prize with his children as well as pay off his mortgage and retire.
Confirming the life-changing news with a NSW Lotteries official, the man revealed he had already checked his ticket but didn’t believe he’d scored division one.
“Is it true?” he began to question.
“Thank you. That’s so great.
“What incredible news for the new year! I cannot believe it.
“I went to the newsagency and they told me that I had won a major prize.
“But I didn’t believe them. I said I wouldn’t believe it until I received a phone call from NSW Lotteries.
“And now I have but I still can’t believe it.
“It’s so exciting.”
The man purchased his winning entry at B2K Newsagency, Campsie.
B2K Newsagency owner Bryden Nguyen said the outlet was on a winning streak.
“It was only a couple of months ago when we sold a division one winning entry in the November Superdraw, so to sell another one so soon is incredibly exciting,” he said.