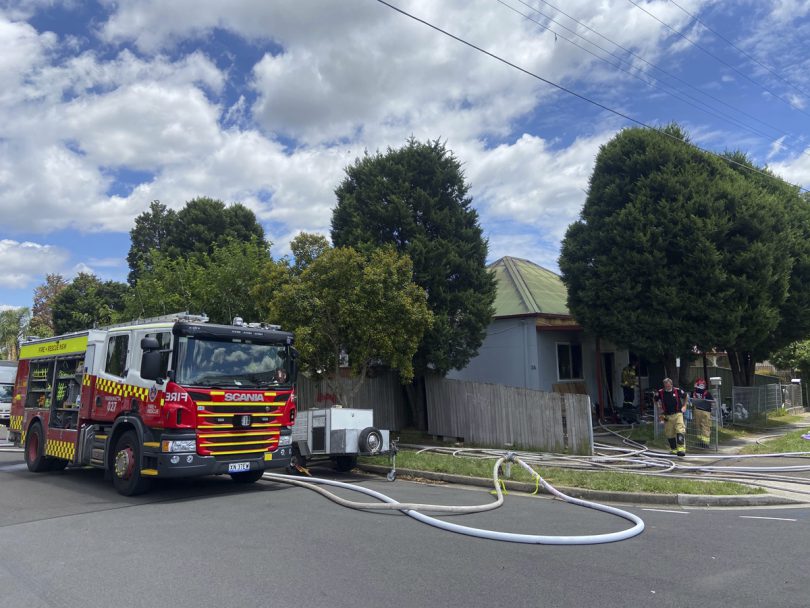 SEPARATE blazes in Granville on the same day last month have prompted a reminder from firefighters for residents to check they have a working smoke alarm and know what to do in the event of a fire.

Acting Superintendent Scott Dodson from Fire and Rescue NSW (FRNSW), said six crews were called to a house fire on Gray Street after a number of calls to Triple Zero (000) just after 10.30am on December 17.
He said it took about 90 minutes to extinguish the blaze which left the home extensively damaged with the cause of the fire still to be determined.
Crews from Drummoyne and Silverwater fire stations were also called to a kitchen fire at a unit block in Meehan Street just before 4pm.
A/Supt Dodson said a man at the unit suffered minor burns and was treated on the scene by NSW Ambulance, while neighbouring units were also evacuated as a precaution.
“It is believed that the fire started from an exploding gas cylinder in the kitchen of the unit,” he said.
“Fire and Rescue NSW reminds the community to avoid the use of external heating or cooking equipment inside their homes.
“All gas bottle fittings and hoses should also be checked regularly to ensure they are in safe working order.
He urged residents to also check that all members of the family knew how to call Triple Zero (000) in an emergency and to “keep looking when cooking”.