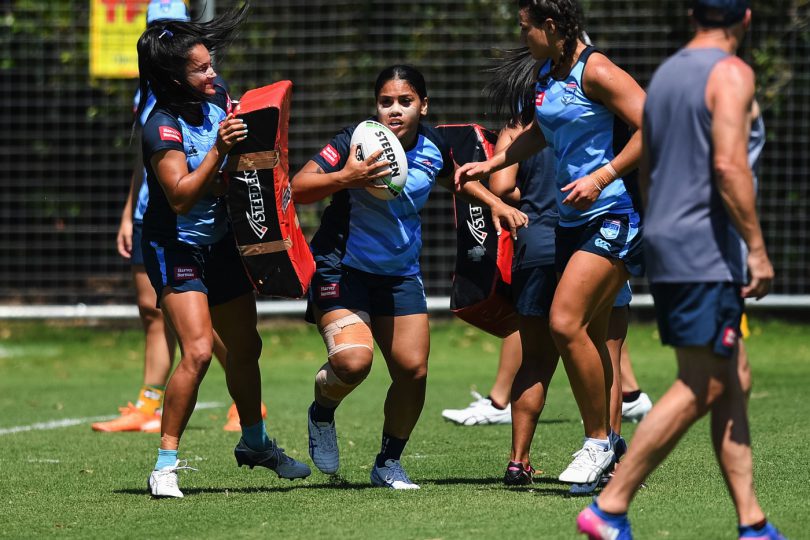 THE Bulldogs’ Quincy Dodd and Sarah Togatuki will be among nine NSW players making their State of Origin debut when they run out on the field for the clash against Queensland on Friday.

The NSWRL has announced a 20-player Harvey Norman NSW Women’s State of Origin squad to take on the Maroons at Sunshine Coast Stadium.
The interstate match was played under the Origin banner for the first time in 2018 and NSW will be chasing their third straight title after winning the first two matches at North Sydney Oval. It is the first time a women’s Origin match will be played on the Sunshine Coast.
“It is fantastic news for our club that Sarah and Quincy have been selected in the NSW Origin side and a real boost for our Harvey Norman’s women’s team,” Bulldogs CEO Andrew Hill said.
“Knowing how hard the girls work and the effort they put in we cant wait to see them in action and I know everyone at the Bulldogs is very proud of them.”
The team has spent the past fortnight in a biosecurity bubble as they prepare for the game.