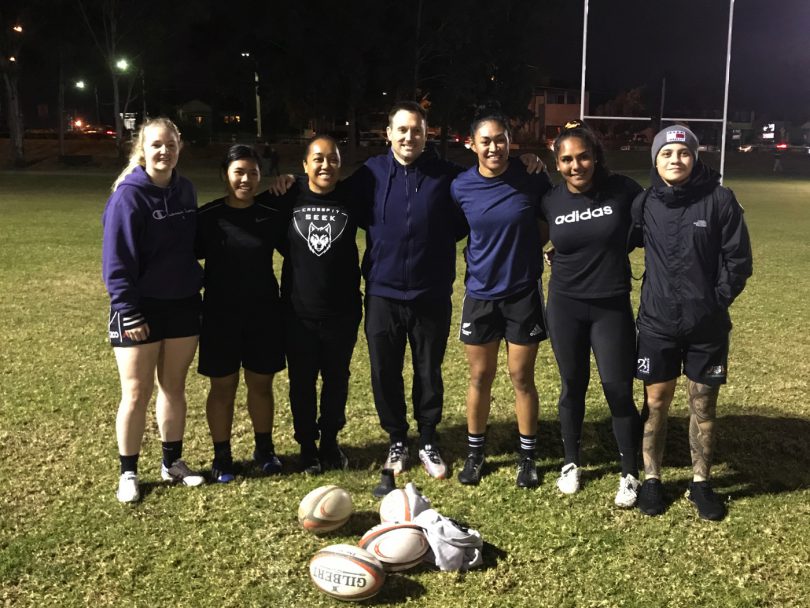 READY to kick off this weekend and finally get their season underway, the Two Blues Women’s team has been training hard and smart, says captain Jade Huggins.

Featuring a “lot of fresh new faces”, including some who have made the switch from league and others who are completely new to the sport, she says the team can’t wait for their first game against the Gordon Gazelles this Saturday, July 25, at Chatswood Oval.
“We have some really exciting talent,” Huggins said.
“I think we’re going to have great season.”
Facing a pandemic disrupted season preparation in her second year as captain of the team, she said when they were restricted from face-to-face training sessions, one of their vice captains scheduled some online Zoom calls so they could keep each other accountable.
“We could see each other and encourage each other, just like we do at training, so it was good for the girls,” she said.
“It’s been a bit wild going from no training, to restricted sessions and then back into full-on training.
“It’s only over the last couple of weeks that we’ve been able to do full contact training, so that’s been really exciting. It’s been quite a big jump.”
Earlier this month the team’s playmakers and kickers also got some tips in a masterclass with All Blacks legend Andrew Mehrtens which Huggins says has given them a confidence boost.