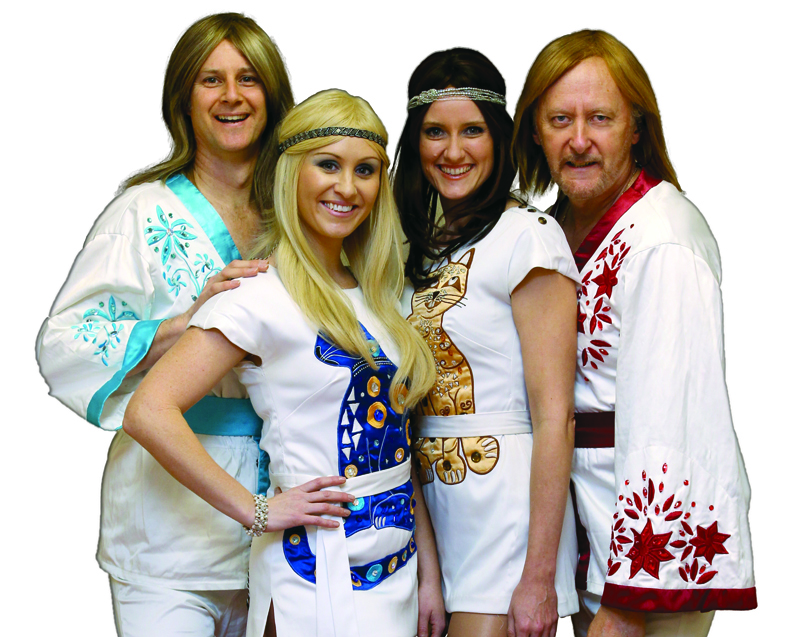 ABBASBACK – and they’re bringing the show to Bankstown Sports this Saturday night.

Director and keyboardist, Peter Varley said the Sydney group, which was inspired by the release of the first Mamma Mia film and a resurgence of the music of ABBA, has been performing tribute concerts internationally, nationally and locally since 2009.
“The demand was there for an ABBA tribute who’s vocal performance and musical approach truly respected the legendary ABBA catalogue,” he said.
“It wasn’t until I started dissecting and learning the songs that I realised how influential this music had been in the evolution of pop music.”
After the serious business of perfecting harmonies and arrangements, Pete said it was time to do the Aussie thing – in the style of Muriel’s Wedding – and make the thing fun.
“That is what our fans want – great music, costumes, lots of laughs, friends and even a chance to dress up.
“There is something about a live performance of ABBA music that just lights people up. To make people’s day in this way is part of the reason we exist.”
Sing along to the classics such as Dancing Queen, Super Trouper, Take a Chance On Me, Voulez-Vous, Money Money Money, SOS, Name of the Game, Knowing Me Knowing You, Ring Ring, Waterloo, Honey Honey, Fernando, Thank you for the Music, The Winner Takes It All, Boomer-a-rang, So Long, Gimme Gimme Gimme, Chiquitita, Mamma Mia and more.
Tickets: $10 members, $15 non-members.
Bookings: bankstownsports.com