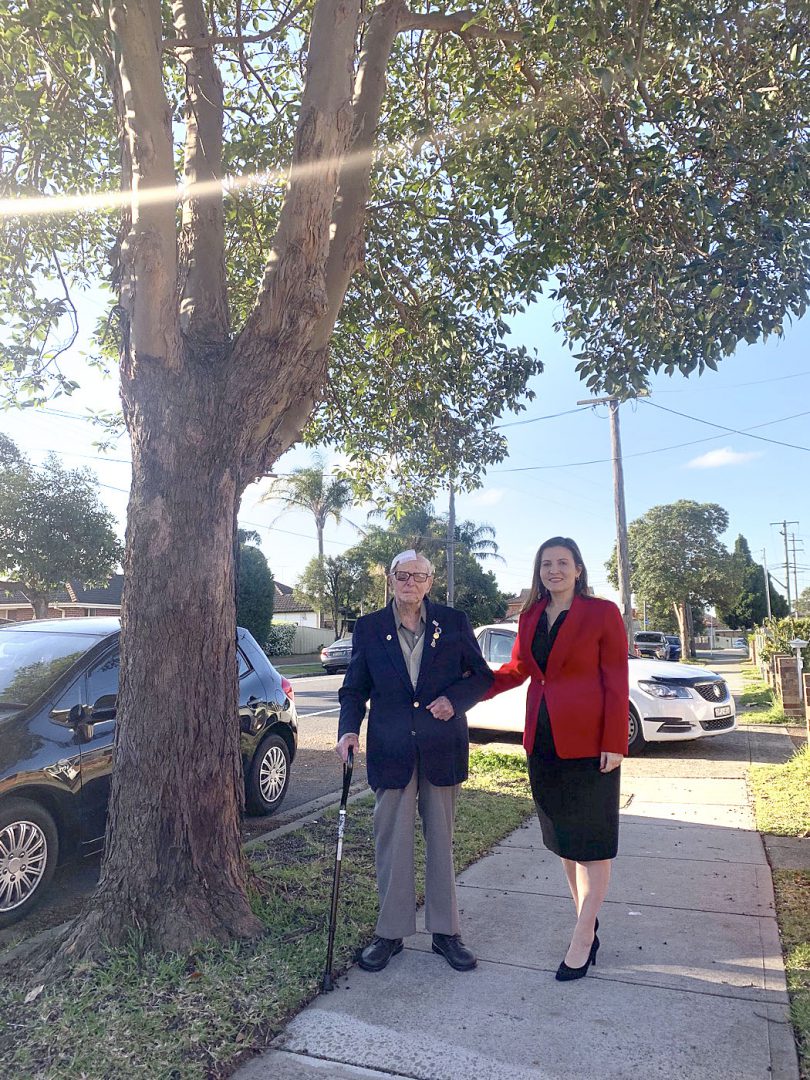 STATE MP for Bankstown, Tania Mihailuk, has called on Canterbury Bankstown Council to do more to help a local World War II veteran, whose safety has been put at risk by debris outside his home created by a nearby Brush Box tree.
Ms Mihailuk said Bert Collins, who was stationed in Indonesia with the 52nd Anti-Aircraft Regiment in 1943, and who was the oldest veteran to march in the ANZAC Parade in 2019, has repeatedly sought help from the council to remove the tree, which drops a heavy volume of nuts and seeds on his front lawn and footpath, creating a dangerous slip hazard.
“Mr Collins, now 104 years old, has on a number of occasions slipped on the debris, which is so substantial that the mowing contractors who previously mowed his lawn, now say it is too dangerous to do so,” she said.

“The Bankstown Tree Management Order excludes the shedding of seeds as a valid reason for the removal of a tree, however despite being in a position to make an exception in this particularly extreme instance, the council has not taken any action in the four months since they were made aware of the issue.”
However, the council says that since the matter was raised at the August council meeting, staff and volunteers have been trialling a cleanup program to ensure his pathways around the property are cleared.
“We haven’t ignored his concerns and are regularly checking in on him,” the spokesperson said.
“The Meals on Wheels volunteers who provide daily meals have been checking daily and sweep any debris that may have fallen from the tree.”
An independent arborist has told the council that pruning will only worsen the situation. The council will again discuss the matter at the next council meeting.