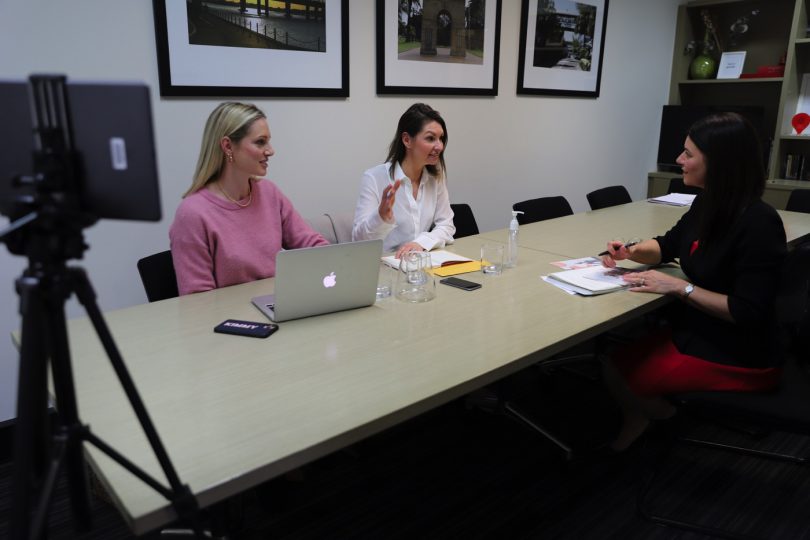 BRINGING new life into the world is far from joyous for the one in three Australian women who suffer a traumatic birth experience.

Calling for urgent reforms, former Sydney Swifts netballer and birth trauma advocate Kimmy Smith shared her own experiences during a meeting with Australasian Birth Trauma Association co-founder Amy Dawes and Federal MP for Reid, Dr Fiona Martin.
Ms Smith, who co-founded the Empowered Motherhood Program with women’s health physiotherapist Lyz Evans, compared the round the clock treatment she received for an ankle injury in 2001, with a month-long delay to diagnose a pelvic organ prolapse following the birth of her daughter in 2013.
“As a professional athlete, I was given the best of the best. As a birthing mother, I was sent home and told my injuries looked normal,” she said.
Based on years of data, analysed research and collated feedback, the two organisations have launched a change.org petition calling for pelvic health physiotherapists in pregnancy and postnatal care to be a Medicare subsidised service.
Dr Martin spoke in Parliament ahead of Women’s Health Week (September 7-11) saying that the social and economic impacts of birth trauma were widely felt.
“Ongoing birth trauma impacts a woman’s mental health, limits a woman’s participation in the workforce, requires costly treatment, incurs medico-legal claims and impacts the mother-and-child bond,” she said.