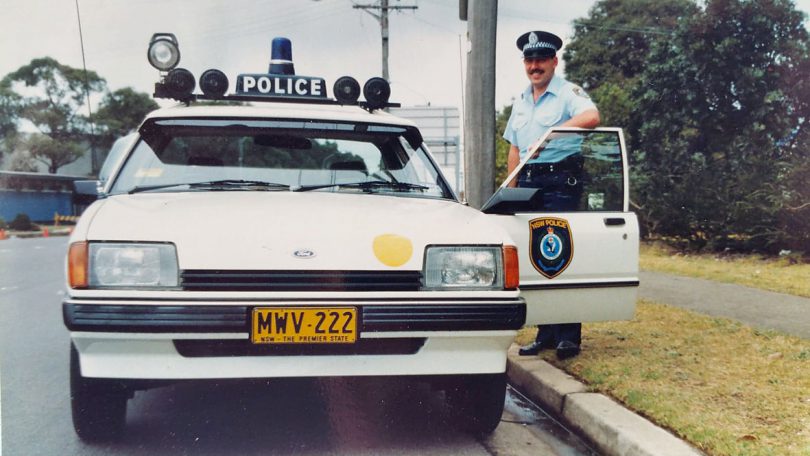 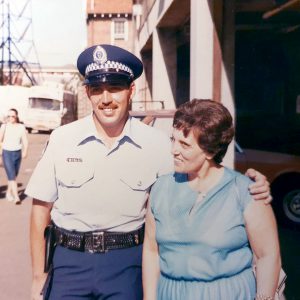 HIS dedication as a police officer has impressed many in the last 38 years but none more so than Pope John Paul II who at the end of his Australian tour, presented Campsie’s Sgt John Micallef with a set of rosary beads.
As John prepared to hang up his boots for the last time and retire on Thursday ahead of turning 60 on Sunday, he reflected on the way crime management has changed in the last almost four decades, other notable clients he’s met and the advice he would give to those joining the force today.
A fourth generation police officer of Maltese and Italian background, a single father of four – Natalie, Tracey, Kathryn and Anthony – for 12 years and now a grandfather of five, John said he would miss his colleagues after being stationed as Traffic Sergeant at Campsie for the last 17 years.
“It’s been like watching your family grow,” he said.
“I’ve really enjoyed seeing all the young constables becoming sergeants and inspectors as well as watching the local community shine.”
The retiring sergeant said when he was starting out, bank hold-ups were common but technology has been the police officer’s best friend.
“Now screens go up, doors shut, banks are a waste of time for robbers now,” he said.
“We only had dial-up phones and telex machines but now it’s so easy to share intelligence thanks to the internet; CCTV also makes our job easier.”
John provided the security for the Dalai Lama in 2015 and although Christian, then started to follow some of his teachings.
“He is such a wonderful man of peace,” he said.
John has also provided security for Princess Anne and numerous others such as Bob Hawke, Sir James Rowland, Arthur Roden-Cutler and Sir Ninian Stephens. 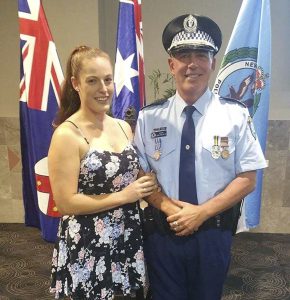 “I used to drive Dr Victor Chang on donor missions; I’d have to go for broke, getting him to the heart extraction operation and then back to hospital as quick as I could,” he said. “Of course, technology has improved there too.”
Trying to live by the Mahatma Ghandi ethos that ‘to find yourself you have to lose yourself in the service of others’, John says there’s no better way than to do that as a police officer serving the community.
And his advice to others?
“Treat everyone fairly, never back down and if you need help, ask for it,” he said.
“It’s a tough job but very rewarding.”