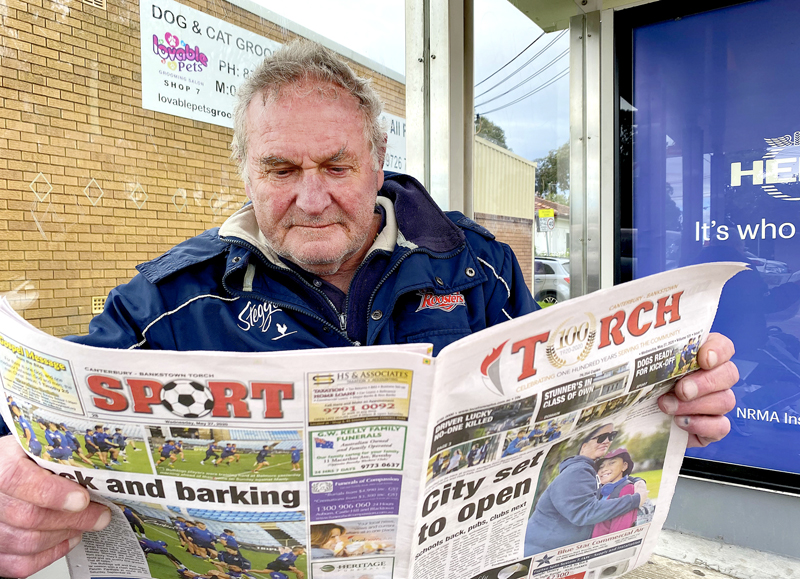 ‘Not closing’ despite
incorrect SBS report

FOR 100 years the Canterbury Bankstown Torch newspaper has been delivered weekly to thousands of homes across the city and will continue to do so for many more, despite a report to the contrary on SBS last Thursday night.

The voice of the community, the Torch stopped printing for six weeks due to Covid-19 but continued to report the local news through its social media sites – localnewsplus.com.au and Facebook.
It is again now in full production and continuing to deliver the news to more than 78,000 households.
Torch General Manager Trent Engisch says the community and advertisers can be reassured that there are no plans to stop printing and delivering the newspaper.
The Torch has been owned and operated by the Engisch family since 1920.
Included in the erroneous SBS report was an interview with Bankstown businessman Moe Aldoumany who said he was disappointed when told of the Torch ‘closure’.
The operator of Voyeur Hair in Bankstown Central, said it was great news that the Torch was, in fact, not closing but here to stay.
“At least now not everything I grew up with is vanishing,” he said.
“I am only 32 but I am old school and still want to read the local paper.