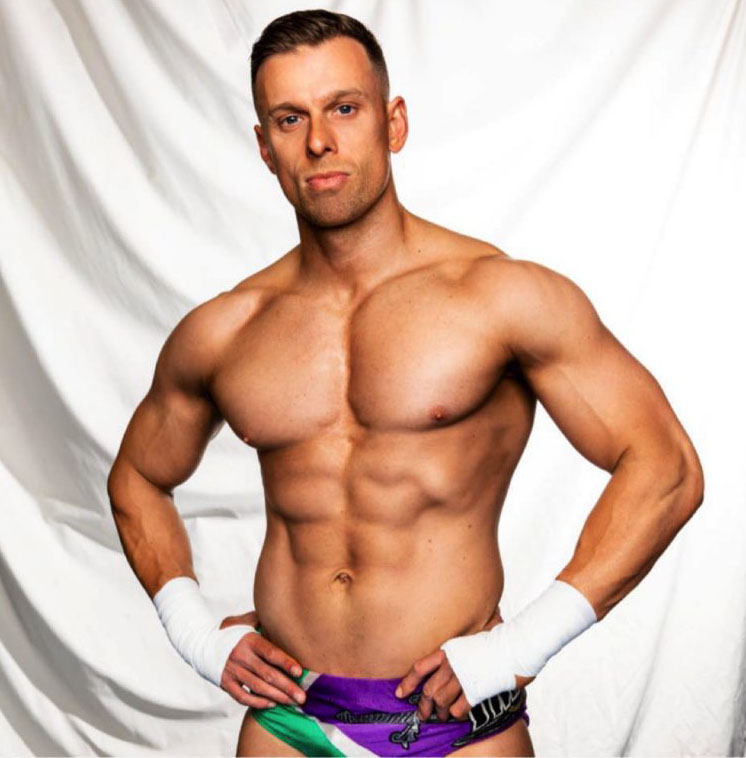 ALL-STAR Wrestling Australia makes its return to the Padstow RSL Club this Saturday, May 14, for a huge two-hour night of professional wrestling action headlined by former WWE’s Damian Slater (pictured).

A huge card has been planned featuring a battle between four of Australia’s best competitors as All-Star Wrestling Heavyweight Champion Keegan Brettle teams up with Mikey Lord to take on Melbourne’s Carlo Cannon and former four-times Australian Heavyweight Champion Ryan Eagles.
In semi main event action, Western Australian Slater will take on ‘The Hope From The Top Rope’ Luke Watts in what promises to be a very exciting junior heavyweight contest.
“It’s been a few years since I’ve been in Sydney so I’m really looking forward to getting out to the Padstow RSL Club and getting a victory over Luke,” Slater said.
The undercard will have something for everyone including a six-man tag team match, an All-Star Wrestling Eastern States Championship match and plenty more exciting match ups. The will also be plenty of food, drink and merchandise.
Tickets: $20 adults or $15 kids, at allstarwrestlingaustralia.com.au or at the door on the night.