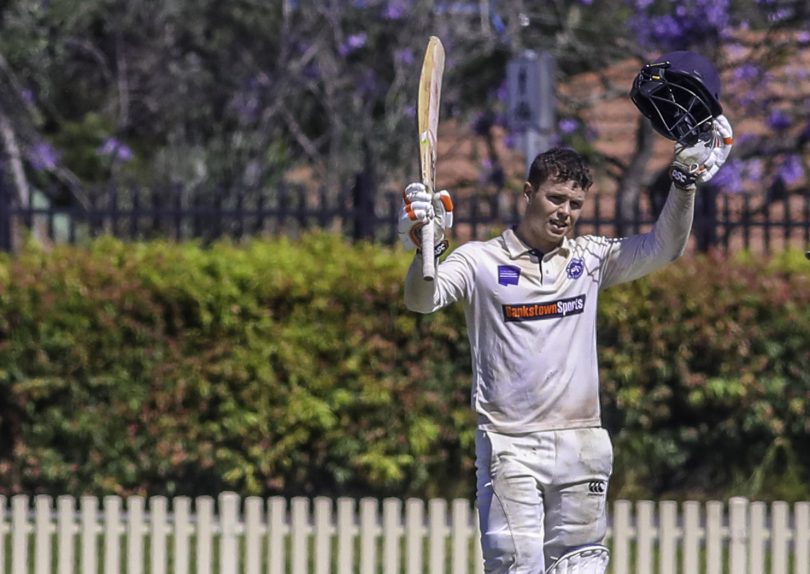 THE Bankstown Sports Premier Grade Cricket side is ready to spring into action with a Limited Overs clash against North Sydney at Memorial Oval next Saturday.

Following Michael Stretton’s move to Melbourne, the club has appointed Revesby’s Daniel Solway as First Grade Captain for the 2019/20.
Solway started his career as a junior player at St Christopher’s Panania Club and is the Cricket NSW Development Officer for the Canterbury Bankstown region.
One of the youngest players ever to Captain a NSW Premier Grade side, he is well aware of the challenge ahead, but he has great faith in the talented crop of rising stars at the club.
The Bulldogs are confident Solway will continue to dominate bowlers and re-write the club’s record books.
He impressed in the NSW U/23s last season where he scored three centuries and two 90s. He was rewarded for his efforts with the Bulldogs when he was named Bankstown Sports Player of the Year.
Solway has scored 6,740 runs in all grades, including 16 centuries. He is three centuries short of Bulldogs and NSW star Corey Richards’ record of 19 centuries. He has amassed 4,926 first grade runs, with Bulldogs supporters hoping there will be more to come.
In other club news, the Bulldogs are delighted former England Ashes opening batsman and Surrey County Cricket Club player Mark Stoneman will be returning to the kennel.
The aptly named “Rocky” is highly regarded, not just for his run scoring abilities, but also for the wonderful mentorship he provides the talented group of aspiring first class players.

Jarred Lysaught (Campbelltown) will be joining the club after completing a successful stint playing in the UK. The club will also welcome Jake Fawcett (Mosman), Justin Felsch (Sydney) and Matt Bursa from Blacktown. This trio will provide experience and balance for the club across all grades. On the downside, Brendan Smith has moved to Brisbane for family reasons where the prodigiously talented Australian Indigenous XI youngster will pursue his dream of achieving first class honours.