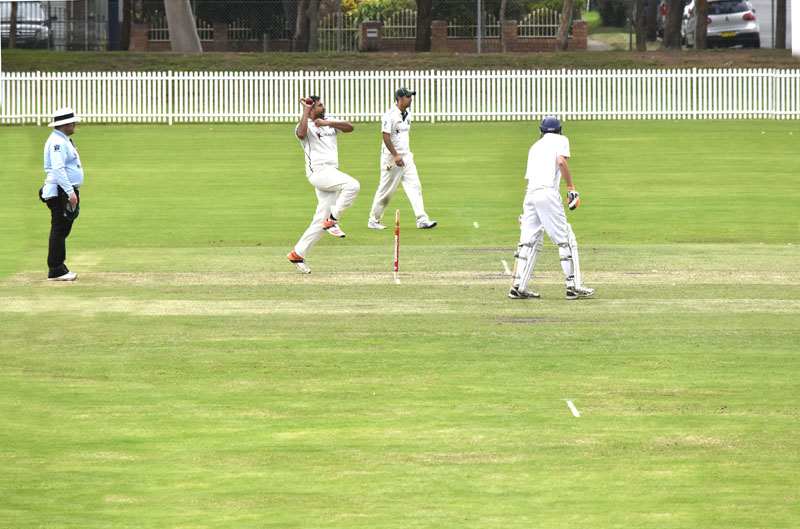 THE Auburn Eagles have tightened their grip on the Sydney Shires first grade minor premiership.
“Only a catastrophe can prevent that,” a club spokesperson said.
The undefeated first grade Eagles had an astounding outright win against second-placed Lane Cove team scoring 3-109 and 5-107 against 87 and 127 both all out.
Yasir Ali was the star of the show by taking 10 wickets for the match with 6-27 and 4-43 and a dig of 17 to bring it home in the second innings.
Ali has taken the most wickets in Shires and is on track to take of the Bowler of the Year Award.
The Eagles will take on Warringah over the next two weeks in the last round of the season.
Sadly the Eagles’ second grade lost first innings. Auburn had Lane Cove in the showers for 98 with the wickets spread over six bowlers.
Sadly, in reply, the Eagles could only muster 67.
It was a similar situation in third grade where the Eagles bowled Lane Cove out for 121. Facing a simple run chase, the Eagles batsmen collapsed for 91 giving Lane Cove the first innings win.
Continuing the low-scoring round, the fourth grade Eagles bowled Lane Cove for 138 and scored 167 to take out first innings points.
The fifth grade Eagles 6-84 defeated Strathfield 83.