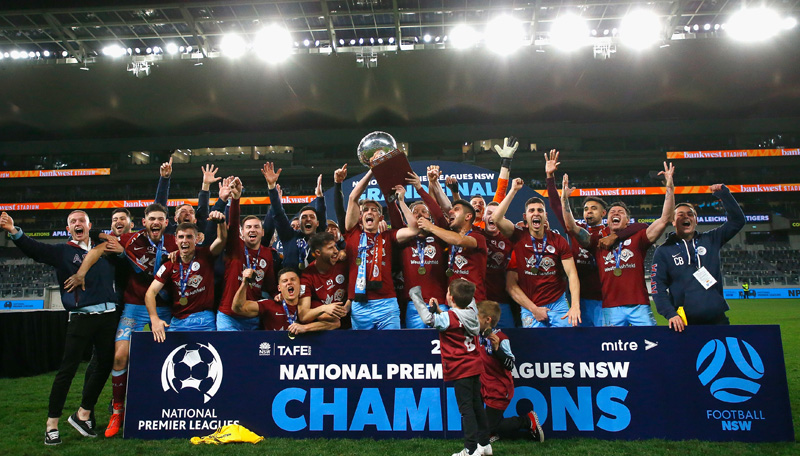 APIA Leichhardt Tigers have ended nearly three years of championship heartache with an incredible 2-1 extra-time Grand Final win against Sydney United 58 in front of over 6,500 spectators at Bankwest Stadium on Saturday.

A sensational lob in the first period of extra time from Tigers captain and Man of the Match Sean Symons, sealed victory after a gruelling and at times physical opening 90 minutes.
After suffering heartbreaking, back to back, grand final defeats in 2017 and 2018, the Lambert Park based club earned the title they so desperately wanted to win with a tireless, 120-minute performance.