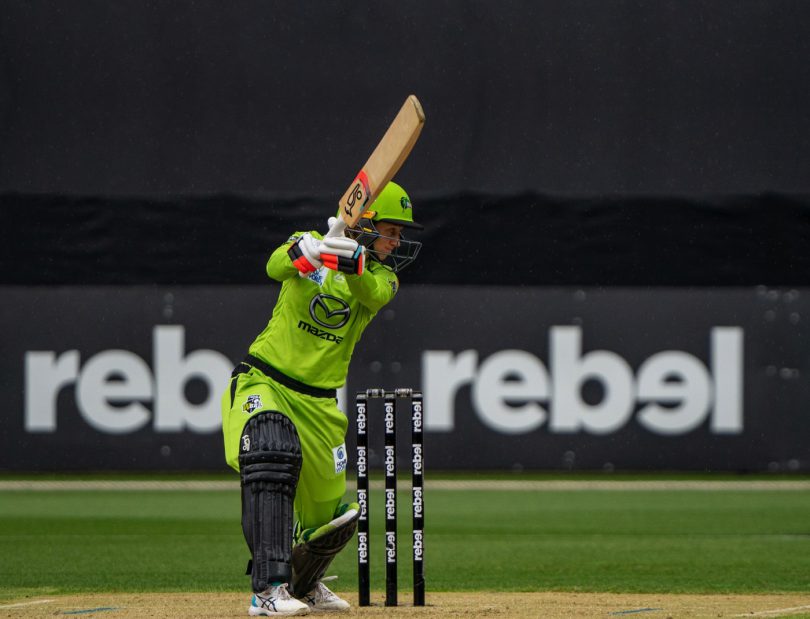 OUTSTANDING stints in the field and at the crease by Heather Knight, have helped the Sydney Thunder narrowly beat the Hobart Hurricanes in a nail-biting, one-run win on Sunday.

With 61 from 49 balls, the English star followed up with 2-12 from her three overs of off-spin, to play a leading role in the win.
Taking to the field in her 75th Women’s Big Bash League (WBBL) game a day earlier, Sydney Thunder captain Rachael Haynes has also had a stunning start to this year’s T20 season, boasting a formidable strike rate of 119.31 after their first four games.
The Thunder began their WBBL campaign with two washouts but Haynes said while it was an “odd start to the tournament”, everyone had stayed patient.
“I know from training with the NSW players during the preseason, they prepared so well and were ready for some cricket,” she said.
“It’s been really nice to see them bring to life out in the middle the things they’ve been working on. Hopefully, we can continue with it.”
Thunder coach Trevor Griffin described Haynes as “a genuine leader within the game”.
“There’s probably not many players that she doesn’t know about; her tactical awareness is outstanding and her thoroughness in the way she prepares both physically and mentally sets her apart,” he said.
Sydney Thunder’s next WBBL home games at Sydney Showground Stadium, are against the Melbourne Stars this Saturday, November 14, before backing up to take on the Perth Scorchers on Sunday, November 15.