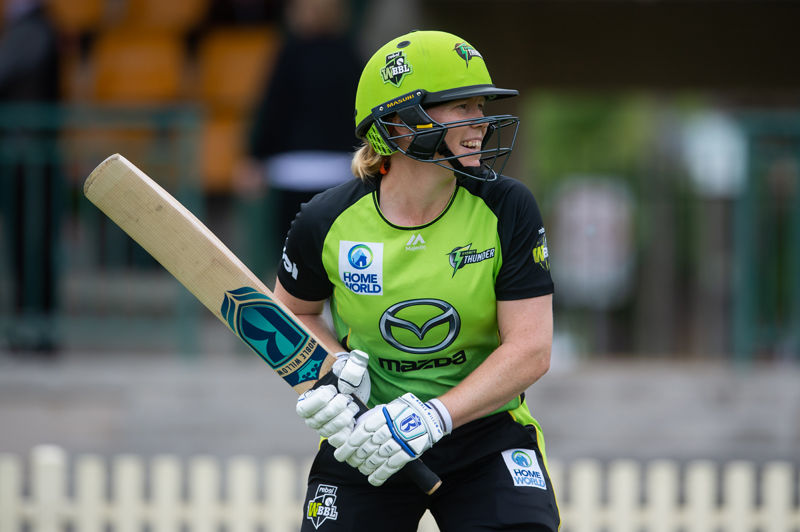 SYDNEY Thunder legend Alex Blackwell has described the opportunity to play in a Rebel Women’s Big Bash League match at Bankstown Oval later this month as an opportunity to take elite cricket to families.

Fun-filled day for all families, with plenty of giveaways

The Thunder will take on the Melbourne Stars at Bankstown on Sunday, October 27.
It is the first time the WBBL has operated as a standalone competition, and Blackwell – who has retired from the NSW Breakers and Australian national team – described it an opportunity to inspire young fans.
“[The WBBL] is going to feel different this year, being a stand-alone competition,” she said.
“I think that’s going to be wonderful because we’re going to see families access ideal venues and really enjoy the spectacle of the WBBL.”
Blackwell, who led Australia to victories in the Ashes and world T20 tournaments, stepped down as the Thunder’s captain at the end of last season, handing over the reins to Rachael Haynes.
“I’ve had a wonderful opportunity to lead this club for a few years. I just can’t wait to see the direction we go in – it might not be too different,” she said.
“I’m looking forward to supporting Rachael; an outstanding leader and a wonderful cricketer.”
“We’re a new look squad, so in terms of my role, it could be a little bit different this year.
“I’m looking forward to being adaptive and versatile . . . playing the role the team needs at any given time.”
The Thunder has a fun-filled day planned for all families, and there’ll be plenty of giveaways.
Besides providing activities for the children, the team will be handing out goodies; Sydney Water will give away water bottles; Mazda will set up an inflatable cricket net as well as an obstacle course and there’ll be plenty of food.
Tickets are now on sale at sydneythunder.com.au/tickets, with free entry for kids and $10 for adults.