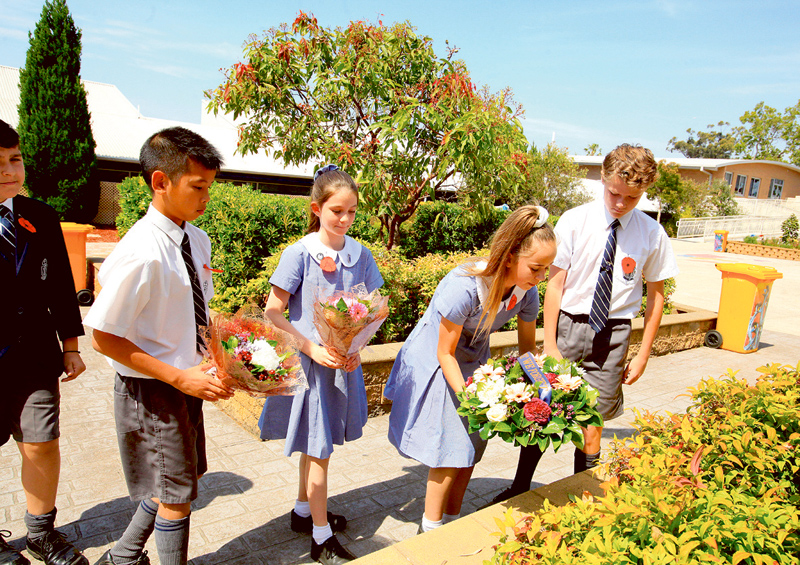 STRONG crowds gathered at cenotaphs and memorials around Canterbury Bankstown to take part in Remembrance Day services on Monday.

A minute’s silence was observed at the 11th hour of the 11th day of the 11th month at various locations, including the Bankstown, Campsie and Padstow War Memorials, to remember the end of the Great War in 1918, while at Georges River Grammar School students (pictured) marked the 101st anniversary of the end of the First World War by paying respect to those who have died in battle. The commemorations included a wreath laying and flag-raising ceremony.