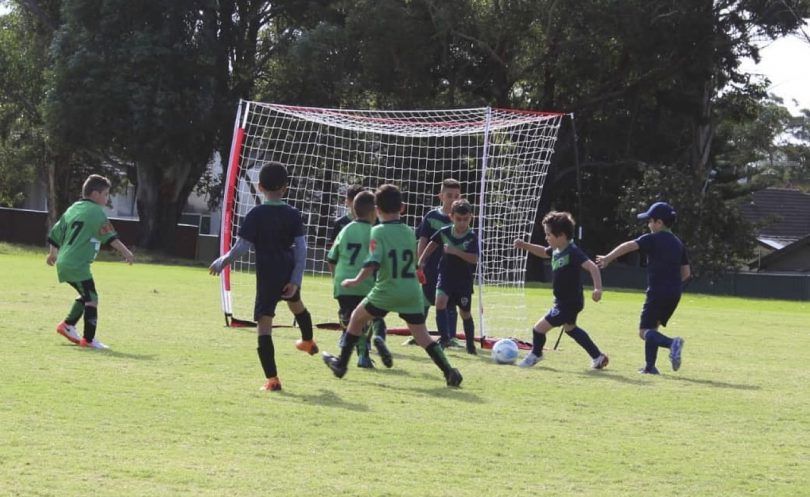 THOUSANDS of soccer and rugby league players have had their games put on hold for at least two weeks following Premier Gladys Berejiklian announcing on Saturday that all community sport has been cancelled in line with Sydney’s latest lockdown restrictions.

Taking early steps last week, general manager of Bankstown District Amateur Football Association (BDAFA) and Bankstown United Football Club (BUFC), Leanne Millar said they decided to cancel games last weekend.
“That turned out to be the correct decision as we are now back in Covid,” Millar said.
With over 6,500 junior and senior soccer players affected, Millar says all 19 clubs in Bankstown have been very supportive and believe it’s the right move to keep players and their families safe.
“We managed well the first time when we returned and it will be the same this time,” Millar said.
“We could be back when the lockdown lifts on July 10, now it’s just a waiting game.”
Likewise, Canterbury Bankstown Junior Rugby League is hoping to be back on July 9 training and playing again from July 10.
“At the moment, there is no training and no games,” a spokesperson said.
“Unfortunately all Bulldogs Development Pathway training and games scheduled through the school holidays, will not take place. No decisions on the future of the program will be taken until the after lockdown has been lifted.
“All involved in the Bulldogs Junior league understand the next few weeks will be challenging but we look forward to returning to normality soon.”
Less impacted though is Bankstown City Netball Association (BCNA) with the season normally ceasing for two weeks in the school holidays.
“We were not due back until July 10 anyway,” BCNA president Nicole Oram said.
“There’s no netball at the moment with the Deverall Park courts closed. It’s possible we will have to implement restrictions after July 10 but now it’s just wait and see.”