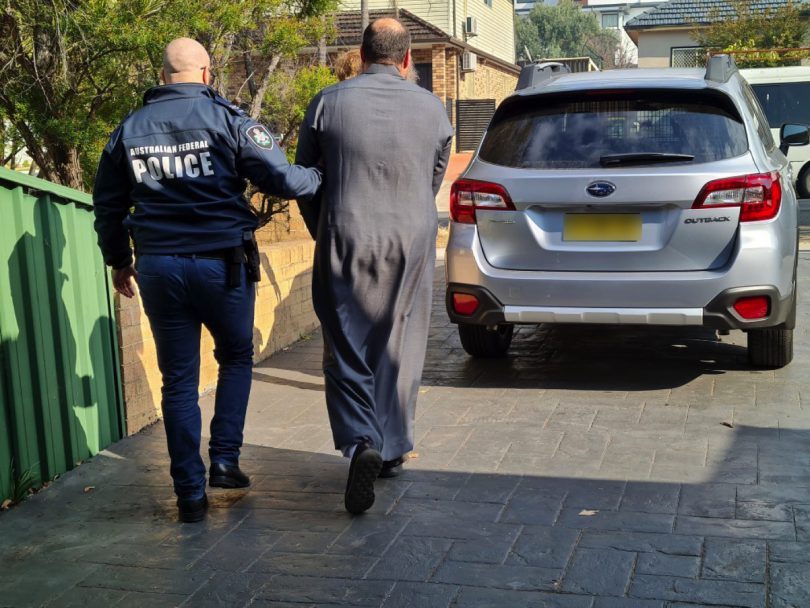 A GREENACRE man faces up to five years in jail after allegedly breaching a control order issued by the Federal Court.

The 51-year-old was sentenced to 12 years’ jail after being arrested in June 2004 by the NSW Joint Counter Terrorism Team (JCTT) for making a document connected with an assistance in a terrorist act and released from prison in August last year.
He remains subject to a control order until August 26, and the The Australian Federal Police (AFP) arrested him at home on Friday morning after he allegedly tried to communicate with a NSW prisoner on March 30 and April 10 this year and transferred money to another person exceeding the value of $500 without first notifying them.
While he is the seventh person across the country to be charged with breaching a control order by AFP’s High Risk Terrorism Offender teams since July 2020, a statement from the AFP said there was “no specific or impending threat to the community in relation to this matter”.
“The AFP’s High Risk Terrorist Offender team is committed to ensuring court-issued control orders are complied with and we will enforce identified alleged breaches,” AFP Commander Sandra Booth said.
Anyone with information about extremist activity or possible threats to the community should come forward, no matter how small or insignificant you think that information may be. The National Security Hotline is 1800 123 400.