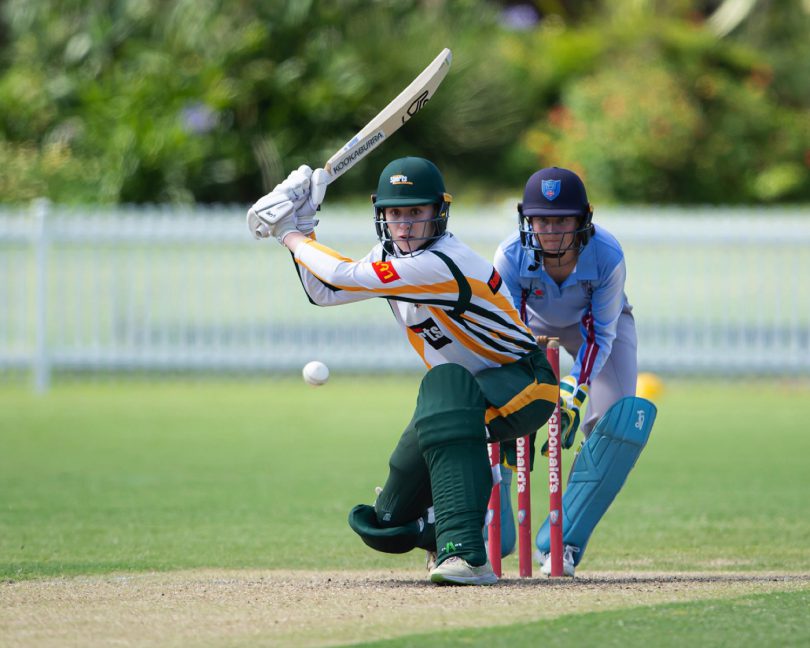 A DREAM come true, Picnic Point cricketer Angelina Genford has scored her first spot in the professional league after being selected by the Hobart Hurricanes ahead of the Women’s Big Bash League.

A promising young pace bowler, Genford, 18, will not only add to the depth of the Hurricanes’ bowling group but is a great team player both on and off the field.
She has been in the Cricket NSW youth pathways system since she played in the Under 13s and has also played in the Under 19 NSW Metro Squad.
The former Bankstown Sports Women’s Cricket Club star had to quarantine in the Hawkesbury for two weeks over Canterbury Bankstown’s ’hotspot’ status, ahead of her move to Hobart a week ago.
“It really is a bit of a dream come true,” she said.
“I know that is a cliched thing to say but just like every cricketer, I just want to learn as much as I can and take in the experiences that the game brings me, so signing with a WBBL club like the Hurricanes is a great step on that journey.”
Saying she was chomping at the bit to start training, Genford has had limited opportunity because of the lockdown.
“We play our first game in mid-October so I will be working hard between now and then,” she said.