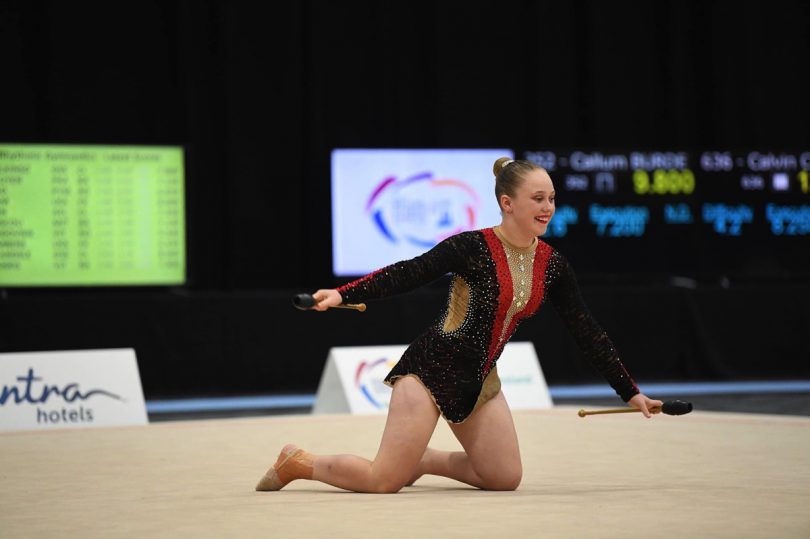 SHE’S only 15 but Lidcombe’s Brianna Sinclair will soon be a voice for young gymnasts from across Australia after being one of only nine appointed to the Gymnastics Australia Youth Advisory Panel.

The establishment of the panel was one of the recommendations of the Change the Routine Report as a mechanism to ensure that young people in the sport are acknowledged and empowered.
With 97.95 per cent of the national membership of Gymnastics Australia being under the age of 18, it is essential that this cohort is represented at the decision-making table, according to organisers.
Learning gymnastics for six years at LeRay Gymnastics Academy which was founded by former Olympian Danielle LeRay. Brianna trains and coaches in rhythmic gymnastics, circus arts and dance acrobatics.
She said she was very excited to be accepted on the youth panel.
“I’ve had extensive gymnastics experience and feel that I have a lot to offer,” she said.
“There are definitely some things that can change and be improved upon.
“I am extremely happy and grateful for the opportunity to make a difference.”
Gymnastics Australia CEO Kitty Chiller AM says the establishment of the Panel will support the organisation embed a culture that encourages open, two-way communication with participants of all ages and at all levels of the sport.
“We were thrilled with the number of applications we received through this process. Those appointed, including Brianna, will play an important role in the ongoing development of gymnastics in Australia through a forum of intergenerational leadership, and we look forward to seeing the positive impact these young people will make in years to come,” she said.
The panel will meet for the first time early in 2022.