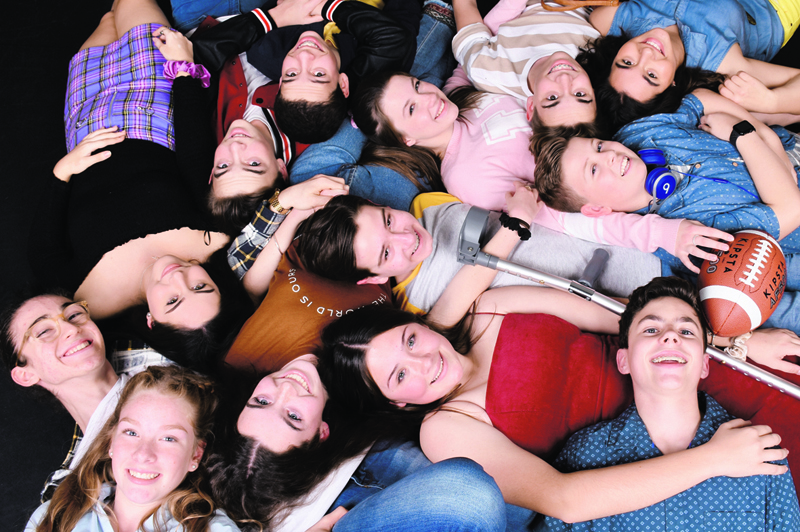 TARRING Yagoona resident Jordan Koulos and 12 other talented young performers, ‘13 The Musical’, a joyous coming-of-age tale, will delight young and old at Bryan Brown Theatre from next Wednesday through to Sunday (October 16-20).

THIS October, Bankstown Theatre Company will bring the exuberant and joyous coming-of-age musical, ‘13 The Musical’, to the stage in the Bryan Brown Theatre.

With music and lyrics by Tony Award-winning composer, Jason Robert Brown, and book by Dan Elish and Robert Horn, ‘13 The Musical’ is an enchanting story for both teens and adults alike to enjoy.
Directed by Hannah Barn, ‘13 The Musical’ follows 12-year-old Evan Goldman, a geeky but lovable pre-teen New Yorker excitedly preparing for his Bar Mitzvah. When Evan’s parents unexpectedly divorce, he suddenly finds himself in sleepy small-town Appleton, Indiana, where he is forced to navigate the complicated social circles of a new school. If Evan can’t get the coolest kids to come to his Bar Mitzvah, how will he survive the school year?

The role of Evan is played by Yagoona performer Jordan Koulos, a student at the McDonald College and part of the Musical Theatre stream.
“Singing and musical theatre have always been my passion,” Jordan said.
As well as performing in shows including Oliver, Grease and Opera Australia’s season of La Boheme, he was on the Voice Kids Australia.
Chipping Norton performer Courtney Emmas plays the sweet and popular “good girl” Kendra.
Also a keen ukelele and piano player, Courtney said: “I am having such an incredible time with this amazing cast of performers, and am loving bringing the character of Kendra to life.”
This show is not suitable for children under 13.
Catch a performance from October 16-20; tickets from bankstowntheatrecompany.com or phone 0481 869 858.