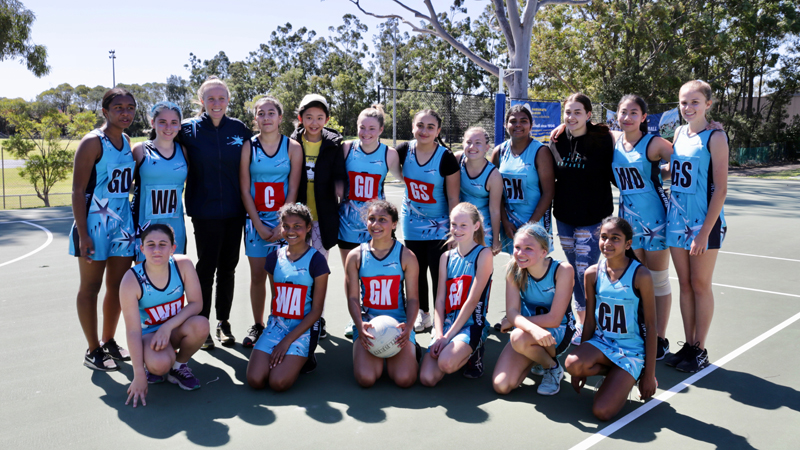 THE merger of the Newington Netball and Parramatta Phoenix clubs (pictured) has paid off with four of their five teams making Saturday’s grand finals and two finishing as premiers.

Newington Netball Junior Club secretary Nicole Smith said at the end of last year, both clubs had considered folding before opting to merge instead.
Smith said the Inter 2 grand final was a derby day with Newington 1 up against Newington 2.
She said Newington 1 were undefeated all season “by huge margins” and while Newington 2 came out firing, the more experienced team closed the season as undefeated premiers with a 31-8 victory.

In the Division 1 grand final, Smith said patience in the attacking end in the final minutes of the game was enough to secure a tight two-goal win for Phoenix, but unfortunately up against Guildford Knights in Division 2, Phoenix finished just short to be runners up.
In other results, Regents Park 4 won the Inter 1 final against Holroyd Hotshots 2, 31-25; the 12 Years final was won by Regents Park 7 against Holroyd Hotshots 5, 31-21; and the Composite 10-11 title went to Guildford Knights 8 beating the Holroyd Hotshots, 14-12.