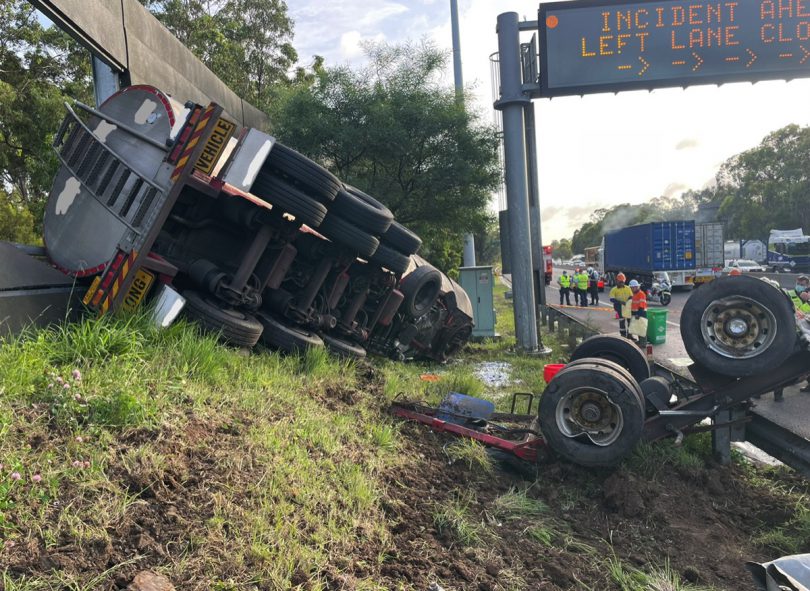 IT was chaos for morning peak hour motorists when a milk tanker crashed on the M5 motorway at Milperra last Wednesday morning.

Just after 6am in the eastbound lanes of the motorway, near Henry Lawson Drive, the B-double tanker, carrying 25-thousand litres of milk, veered off the road and rolled, hitting an embankment and spilling some of its load.
Firefighters quickly contained the leak and remained on site as a crane was brought in to remove one of the trailers. A vacuum truck was also called in to help decant the remaining milk. The driver was uninjured.