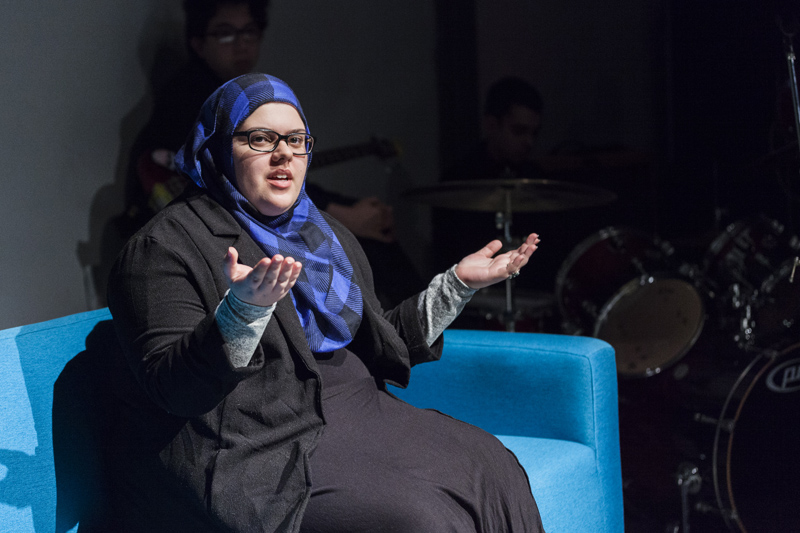 Crafted from a series of interviews with young residents who have all experienced homelessness, ‘To Be Honest’ is a collection of unique, true stories.
A homeless young woman stinks of Maccas fries as she tries to sleep in her car in the middle of the day. A boy gets sold by his mother for five thousand dollars. A man on bail tries to get his life back on track. A sister and her brother fight to keep each other in their lives.
Together with heartfelt storytelling, ‘To Be Honest’ also features astounding original rap and melodic songs performed with a live band.
Punchbowl’s Michael Teixeira Henriques said: “I love just how honest the show is. It can be quite confronting and make you second guess a lot of your views in life. People should come see it because It’s a blast from start to finish.”

Punchbowl’s Isabella Teixeira Henriques said: “To Be Honest is one of those shows that changes you, gives you a new understanding of the world and the people in it.”
Chester Hill’s Rangi Lemusa Tagaloa said: “The show is upbeat – we did that to bring some laughter and positivity to the show. Bad things happen but a positive outlook means you can come out alright from some of it.”
Georges Hall’s Craig Taunton, whose daughters Aleksia, 13, and Yasmine, 10, are also in the cast playing school kids and homeless kids, said: “It’s all about presenting the words and lives of real people. There’s no sugar-coating and it really reflected what these young people have lived and experienced; you really have to come along and see it to believe it!”
Bankstown’s David Miller said: “It’s an honour to show these stories on stage so that audiences can experience a different side of life.”
Catch ‘To Be Honest’ from November 22-23, with tickets, $34-$39, at riversideparramatta.com.au or call 8839 3399.