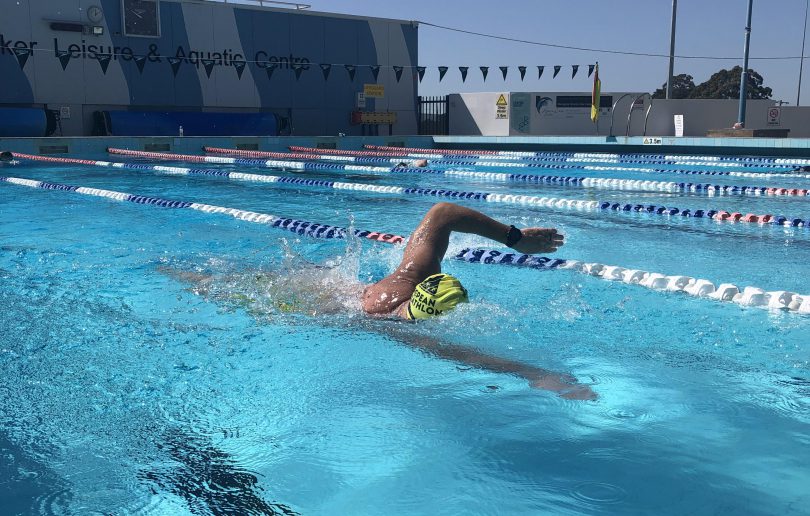 CALLING it ‘The Bloody Long Day’ on social media, Lugarno business Mark Pacey has just completed a gruelling 24-hour charity triathlon which has so far raised an incredible $42,235 for the Kids Cancer Project.

A regular at Max Parker Leisure and Aquatic Centre in Revesby, he kicked off his challenge with a three-hour swim covering 10km before riding 455km and then running 65km – a staggering total of 530km from 10am on Friday to 10am on Saturday.

With previous experience in iron man triathlons, he has been training for the challenge for five months.
“I’ve been getting up at 3am daily to train before work and then 10 to 15 hours on Saturdays and two to four hours on Sundays,” he said.
A labour of love, Mark’s son Cooper was diagnosed with cancer aged just seven, but was able to beat the disease and is now a healthy 16-year-old.
“While spending all of that time in the oncology ward, which I wouldn’t wish on anyone, I used to think that there must be more I could do,” he said.
“I thought that completing an ultra endurance marathon would be a great way to raise awareness of this fantastic charity and I’m so happy that everyone who has watched my journey has been keen to get behind me and help me raise money during Childhood Cancer Awareness Month in September.

“I am extremely proud to be able to contribute such a significant amount and hopefully make a difference.”